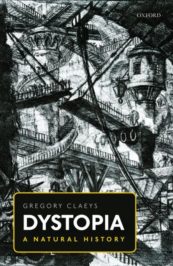 True aficionados of the earthly apocalypse cannot fail to have noted the deepening pessimism in discourses on what is often euphemistically referred to as “climate change”, but what should be designated “environmental catastrophe”. The Paris Agreement of 2015 conceded the need to limit global warming to 1.5 degrees Celsius, albeit without binding nations to either achieve this specific target or impose specific binding targets in turn on the worst offenders, namely the fossil fuel industries. By 2016 reports were beginning to circulate suggesting that two degrees Celsius was a real possibility, and by 2017 this, in turn, rose in some assessments to three degrees. Those familiar with a now-dated literature estimating the probable results of specific temperature rises will know that even two degrees of warming presents extreme difficulties for humanity. Any rise above this is likely to trigger massive population shifts from the coasts and hotter tropical regions, a massive growth in desertification, species loss, the shrinkage of agricultural land, and so on. So the “global warming” narrative needs to be seen quite differently from even a few years ago, and alarm bells need to ring loudly and insistently across the globe.

The accession to power of Donald Trump has on the one hand, of course, made such alarm less likely to be sounded. Trump’s appointment to head the Environmental Protection Agency, Scott Pruitt, has in turn appointed lobbyists from the fossil fuel industries to direct key aspects of the Agency’s programmes. Yet much of the rest of the world, aghast here as with much else at the audacity of such a damagingly retrogressive agenda, has reacted by reinforcing commitments to something like the Paris agreement.

We know of course—it was obvious even in 2015—that this will not be enough. The glaciers and polar ice caps continue to melt at a rate which astonishes even climatologists. Deforestation and species loss advance equally rapidly. In only one area has there been significant evidence of hope respecting our capacity to reverse these patterns. Two million plastic bags are used world-wide every minute—a trillion a year. Their residue, as David Attenborough so elegantly demonstrated in Blue Planet II (2017), can now be found in the deepest ocean trenches and most remote and inaccessible parts of the earth. Yet a number of nations have now banned not only plastic bags, but disposable plastic straws, cups and other items. Manufacturers have been urged to invent sustainable substitutes for such single-use tools. We may yet escape the fate of being drowned in plastic waste. But the sight of urban workers, students, and others clutching their disposable single-use plastic cups still remains a common one. The necessary stigma which needs to be attached to such consumption has not yet been widely manifested.

This, in turn, indicates a still wider shift in popular attitudes towards consumption which will need to occur in coming decades. I have argued that one thing Marxism was never able to attain was a fully environmentalist outlook on the cycles of consumption and production. Like many of his bourgeois opponents, Marx anticipated an expansion of both—the difference being that the results of production were to be distributed much more justly amongst the producers themselves. But Marx curiously failed to anticipate what now, in light of what we know about Soviet patterns of consumption in particular, seems obvious: that a bourgeois revolution in taste and patterns of consumption might equally well follow a proletarian as a bourgeois political revolution. The working classes might, in other words, succumb to a pattern of fixation upon luxury, upon conspicuous consumption, and the expectation of an incessant pattern of the satisfaction of one need being succeeded by the demand to satisfy a new, more intense, shinier, more expensive or rare commodity.

It is exactly this mentality, however, which is our greatest enemy in the 21st century. Planned obsolescence—making things which break down sooner rather than later in order to generate more wealth—needs to be replaced by patterns and habits of sustainable consumption. Where possible, we need to shift to public and away from private luxury. Automobiles can in many instances not merely be electrified, but eliminated entirely simply by making all forms of public transport free. Anything else made from non-renewable sources can be made to have a life vastly longer than at present.

We still have many other problems to solve if we are to avoid the worst dystopian outcomes which still insistently appear more likely than not. Overpopulation, in particular, remains an insuperable problem. But if we are both to solve the environmental problem and to move towards a post-capitalist society (and we cannot do one without the other) then we must begin to construct a mentality appropriate to a better future.

Gregory Claeys is Professor of History at Royal Holloway,  University of London. He is the author of eight books and editor of  some fifty volumes of essays and primary sources, including Dystopia: A Natural History. His main fields of interest are utopianism and the history of radical and socialist reform movements.