“Rivers are the gutters down which flow the ruins of continents.” – Luna B. Leopold

Luna Leopold understood that rivers are far more than gutters. In a 1964 textbook, he wrote figuratively of the role of river channels in transporting sediment to lower elevations. In other writings, however, Leopold’s understanding of rivers was closer to that of his father, Aldo, author of A Sand County Almanac, who understood rivers as ecosystems.

Straight and uniform in shape, gutters and canals are designed to convey water downstream as efficiently as possible. Since the Industrial Revolution, people have done everything possible to make rivers more like gutters. We have straightened and dredged channels, cut off their bends, and hardened their banks. We have constricted rivers between levees, regulated their flow with dams, and removed large wood, large boulders, and beaver dams that might slow the passage of water. In the name of flood control, navigation, dilution of pollution, water storage, or humanity’s hubris in believing we can make Nature prettier, we have engineered rivers to be more like gutters.

We have had mixed success in these endeavors. On the one hand, this engineering provides the illusion of control. Belief that floods will not occur here allows people to build homes, cities, and infrastructure right up to the brink of river channels. Not surprisingly, costs of flood damage, adjusted for inflation, continue to rise in the United States. On the other hand, thousands of tons of material are barged along US rivers each year, and irrigated agriculture and large cities exist in our deserts, largely on the back of water stored behind dams.

Our rivers, however, are unruly gutters. They not only rise up over their banks during floods; they also move across their floodplains, taking out a road or rearranging our property as they go. Because we have intricately intertwined our property and our communities with rivers, we cannot seem to leave them alone. Attending a recent conference on river management in urban areas, I was dismayed to learn of the constraints imposed on river restoration by the utility lines that run under and along channels like a network of veins and arteries woven around a framework of bones. And then there is the small matter that we depend upon rivers for our water supply.

By the 1960s, the quality of that riverine water supply was clearly in trouble. When the Cuyahoga River caught fire in Cleveland, Ohio in 1969 (the thirteenth river fire since 1868), growing public concern finally led to political action. Probably the most famous outcome of that action is the 1972 version of the Clean Water Act, which is currently threatened by the ever-changing political landscape of the U.S. Another significant outcome was the 1968 Wild and Scenic Rivers Act. 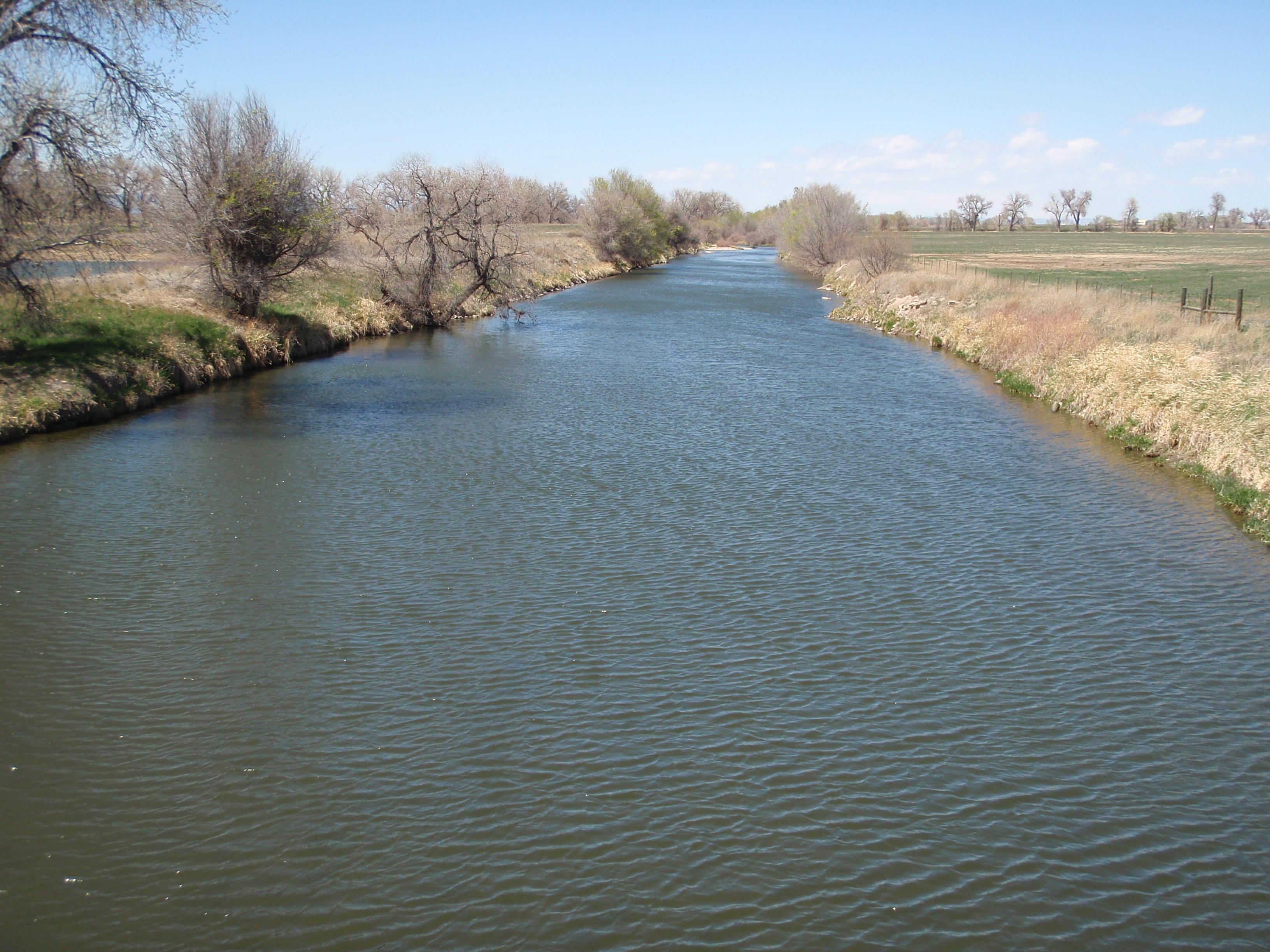 A portion of the Poudre River in Colorado channelized during the 1960s exemplifying the loss of spatial complexity and river ecosystem function. Used with permission of the author.

The National Wild and Scenic Rivers Act states that “… certain selected rivers of the Nation which, with their immediate environments, possess outstandingly remarkable scenic, recreational, geologic, fish and wildlife, historic, cultural or other similar values, shall be preserved in free-flowing condition, and … shall be protected for the benefit and enjoyment of present and future generations.”

I read these lines and imagine the underlying changing attitudes. I can infer the desire to preserve something of the pristine, wilderness that American people of European descent assumed their forebears encountered. I can recognize that rivers cannot fully function—cannot support fish and birds or supply drinking water or safe recreation—if they are polluted, channelized, and dammed. I can imagine the novel idea that rivers, as ecosystems, have an inherent right to exist.

The last idea is the most radical, yet countries including New Zealand and India have begun to treat rivers as legal persons, just as we treat corporations in the United States. This in turn raises a number of complicated questions. Who speaks for the river and by what right? How do we judge what constitutes a healthy or fully functional river? If a river is sick, how do we help the river become healthier? Such questions will not be simple to answer, but I believe that we must change the way we manage our rivers to explicitly recognize that a river is an ecosystem. 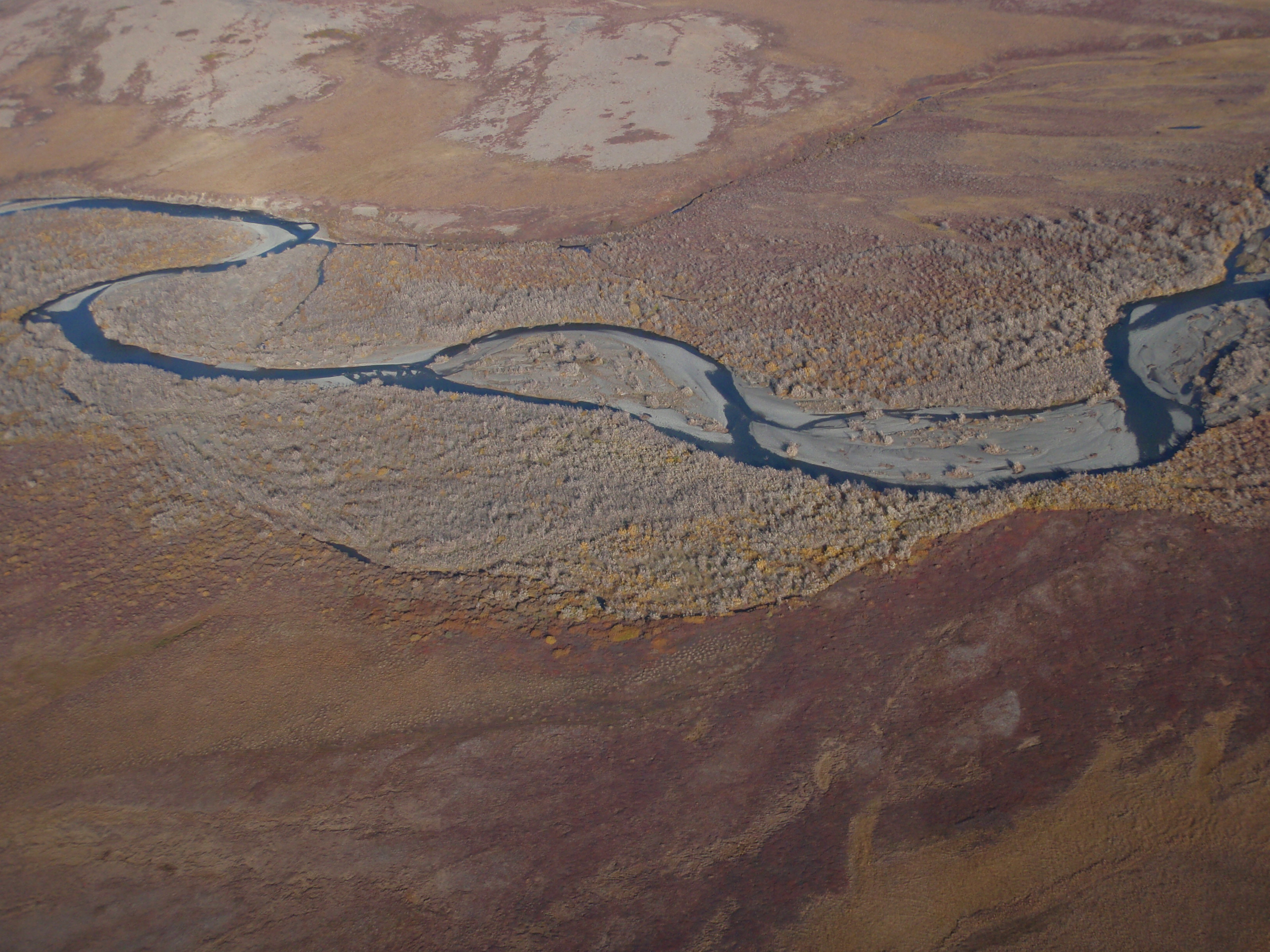 An aerial view of a river in western Alaska exemplifying naturally occurring sources of diversity, including multiple parallel channels, gravel bars exposed during low flow, and floodplain forests of differing age and tree species. Used with permission of the author.

Above all else, a damaged gutter can be easily fixed, but experience indicates that a damaged ecosystem can remain altered for centuries. Managing an ecosystem requires humility. We have no right to be otherwise than humble when taking actions that affect the survival of other living beings, and we cannot be certain of the long-term effects of our actions.

Words matter: think about the connotations of jungle—dark, menacing—versus those of rainforest—valuable, vulnerable. On this anniversary of celebrating wild and scenic rivers, I hope that we find the wisdom to recognize our rivers as ecosystems and to proceed with humility in caring for these ecosystems.

Ellen Wohl is Professor of Geology in the Department of Geosciences at Colorado State University. She is Editor-in-Chief of Oxford Bibliographies in Environmental Science, as well as the author of numerous articles such as "Rivers" and “River Pollution.” She is also the Associate Editor of Earth Surface Processes and Landforms and a Fellow of the American Geophysical Union and the Geological Society of America. She has published several books on rivers and environmental issues, including Virtual Rivers, Disconnected Rivers, A World of Rivers, Island of Grass, Of Rock and Rivers, and Wide Rivers Crossed.