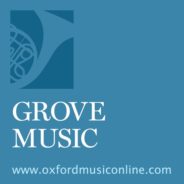 Best known as the composer of Candide and West Side Story, Leonard Bernstein had an immensely versatile career. Born on August 25, 1918, Bernstein’s career spanned decades, leaving a lasting impression through his work as a conductor, composer, and music educator.

Here are some facts you may not know about this legendary conductor.

Alyssa Russell is a marketing manager on the Global Online Products and Academic/Trade teams for Oxford University Press.