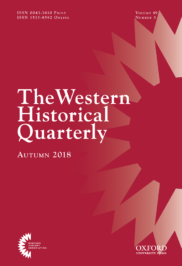 I work at a history museum with vast Native American collections, and I see every day how stubborn narratives of Native “disappearance” in modern America persist in institutions and among the public. Recent activism and art have begun to present a “reappearance,” but non-specialists have been offered few stories of the paths Native people actually took between, to use iconic incidents, the massacre at Wounded Knee in 1890 and the occupation of Wounded Knee in 1973. Recognized or not, this was a period of creative rebuilding across many Indigenous communities, landscapes, and cultural forms.

What were the varied contours of Native American history across the twentieth century? Scholars have written many excellent studies of Native life between the end of military resistance and highly visible activism in the last couple of generations—from the Red Power activists of the 1970s to the water protectors at Standing Rock. But these works are still outnumbered in the library stacks by histories of “Indian Wars” and ethnographic studies. More and more scholars are adding to the conversation about Indigenous modernity, considering Native gamers, radio hosts, musicians, artists, models, students, and commuters. These, among other works, offer up a set of challenges to views of Indigenous life as either static or disconnected from modernity. They continue to multiply the rhetorical and cultural power of what the scholar Philip J. Deloria has called “unexpected Indians.”

My own research follows Native engagements with sound technology from the first phonographic recordings (recorded around 1890) to pioneering American Indian–operated radio shows and record labels in the mid-twentieth century. By focusing on the cultural politics of technology, this study traces a history of Native modernity, still too often seen as a contradiction. Many Indigenous media pioneers remain unheard and unsung. Activist and singer Jesse Lyon (Onondaga) recorded what were probably the first commercial Native records at the Victor Records studios in 1904. Manuel Archuleta (Ohkay Owingeh) and Alyce Archuleta (Laguna) founded one early record label and Linn Pauahty (Kiowa) another, both in the 1940s. And Don Whistler (Sac and Fox) founded what appears to be the first sustained Native-operated radio show in 1941 on WNAD radio in Norman, Oklahoma.

Whistler’s creation, the Indians for Indians Hour, was an innovative model of non-commercial community radio. In fact, the credit belongs collectively to Whistler and the hundreds of guests who performed on the show and the thousands of listeners who made it an interactive institution, with telegrams, postcards, and broadcasts forming a conversation of community announcements, music, and political action. This program, still in operation every Sunday on KACO in Anadarko, Oklahoma, now employs live streaming and social media to strengthen local communities and cultures. While histories have documented new technologies (e.g., railroads, photography) as destructive intruders in Indigenous communities, Indians for Indians demonstrates a case where Native American people deployed modern media in innovative social ways—“ahead of the white man as usual,” Whistler once joked on air.

Histories cannot be written without archives, and sound archives present particular challenges of preservation and access. Many rich sound archives have been neglected as generations of technology continually shift. It is encouraging to note that in the past few months, two major Native radio archives received grants to preserve and catalogue hidden histories. In June, the Grammy Foundation awarded a reservation assistance grant to the Native Media Resource Center to preserve 400 hours of radio from the San Francisco Bay Area in the 1970s. The Western History Collections at the University of Oklahoma recently received a grant from the Council on Library and Information Resources (CLIR) to preserve recordings of Indians for Indians itself. More research and analysis remains to be done on the show and the windows it opens into the broader topic of Native history in the twentieth and twenty-first centuries.

Digitization of such archives also places institutions in closer dialogue with Native communities. In a recent example, Lina Ortega (Sac and Fox), the Head of Operations at OU’s Western History Collections, posted on social media an unlabeled archival photograph (shown below) of two singers performing on Indians for Indians. Family members were able to identify the singers as the Comanche singers Ida Attocknie Asah and Joe Attocknie.

In addition to changing academic and popular conceptions of Native modernity and twentieth-century history, scholarship must continue to grow more responsive and responsible toward those whose stories have too long been excluded from dominant narratives. Any full account of the neglected history of Indigenous modernity will be produced in collaboration with Indigenous communities themselves. And we can hope that this conversation happens publicly enough to transform the misconceptions that haunt Native people, and to honor the real lives people have lived and continue to live.

Featured image credit: “A view of Oklahoma Memorial Union on the campus of the University of Oklahoma in Norman, OK” by Soonerliberal. CC BY-SA 3.0 via Wikimedia Commons.

Josh Garrett-Davis is the Gamble Assistant Curator of Western History, Popular Culture, and Firearms at the Autry Museum of the American West in Los Angeles. He is a PhD candidate in US history at Princeton University, researching Native American engagements with audio technology from 1890 to 1970. He has written about American cultural history generally, including in the forthcoming book What Is a Western? Region, Genre, Imagination. Garrett-Davis is the author of “The Intertribal Drum of Radio: The Indians for Indians Hour and Native American Media, 1941–1951” in the July 2018 issue of Western Historical Quarterly.