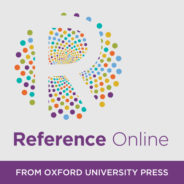 History is the academic study of the human race and everything that humans have done stretching back millennia. Though it may tell stories of the past, it is certainly not dead. New insights and discoveries are constantly unearthed through the unceasing research of historians, archaeologists, anthropologists, and other scholars. From the ubiquity of human sacrifice in Mesoamerica to women in British politics to the Civil Rights movement and political oppression in China, we’ve excerpted five chapters that cover critical topics across the diverse historical spectrum.

How widespread were human sacrifices in Mesoamerican cultures?

When archaeologist Saburo Sugiyama opened up a chamber in the center of the Pyramid of the Feathered Serpent at Teotihuacan, Mexico, he found a collection of eighteen male human bodies crowded together wearing greenstone nose pendants, earplugs, and beads. All had been sacrificed and appear to have been high status adults. The surprising discovery began a reformation in our understanding of the ritual life and political worldview of the great capital that for decades had been viewed as the center of a “Pax Teotihuacana.” Previously, it was thought that this imperial city ruled large numbers of people and territories through a theocratic system of persuasion and intimidation with little need of practicing human sacrifice. Further studies of these ruins have transformed our understanding of how thoroughly ritual violence toward human beings and human sacrifice, in particular, created and maintained social order while also serving as instruments of communication about cosmology and moral life. – Davíd Carrasco

What has been the impact of the Civil Rights Movement?

Because of the increased educational and employment opportunities that desegregation and affirmative action programs provided, a growing proportion of African Americans were able to enter the middle class. African Americans’ political representation also grew tremendously in the decades that followed the civil rights struggle. By 2001, there were more than 9,000 black elected officials in the nation, compared to 103 in 1964. In addition, the activism of civil rights groups helped reinterpret African American identity and left a significant cultural and intellectual legacy that continues to shape American society in the twenty-first century. The prominence of black intellectuals such as Henry Louis Gates Jr., Toni Morrison, Nell Irvin Painter, and Cornel West testify to the power of this legacy. Finally, the black freedom struggle became a catalyst for other movements for equal rights, among them the women’s movement and the protest movements of Mexican and Native Americans. Not all benefited from the movement’s victories, however. Many blacks continue to struggle with economic problems, and in light of continued instances of injustice, many black politicians and activists argue that full racial equality is a goal yet to be achieved. – Simon Wendt

How do historians tell the story of women and British politics?

For some, it is a story that starts with Mary Wollstonecraft and ends with Margaret Thatcher, and has at its core the battles for legal and constitutional equality and representation. Different stories have been told by looking at the local or the international, or focusing on the experiences of upper-, middle-, or working-class women, or recovering the women who are all too often to be found on the margins of both politics and history. There seems to be a particular urgency for historians, a sense that these stories are still ‘live’—that the dreams and aspirations of women past have yet to be realized by women future. British politics has often been very male, middle-class, and white. Seeking to explain how and why the British polity has been so resolutely male has been a major preoccupation for historians interested in the relationship between women and British politics in the nineteenth and twentieth centuries. Often, that relationship has been a fraught one that defies a simple narrative. It has been a relationship characterized as much by restriction as by opportunity, and reliant on a plethora of social and economic determinants. – Jennifer Davey

When did Mexican immigrants first migrate en mass to the United States?

Mexican migration to the United States became significant in the late nineteenth and early twentieth centuries through a remarkable confluence of factors. In the United States, railroads and refrigerated cars made it possible to ship agricultural commodities from the West to midwestern and eastern markets. At the same time, massive irrigation projects increased the fertility of southwestern soils, paving the way for a major agricultural boom. In the midst of that boom, the US Congress was increasingly restricting immigration from Asia and Europe, so growers increasingly turned to Mexico to supply their need for cheap, mobile labor. The completion of railroads in Mexico facilitated travel to the US-Mexican border. Meanwhile, the extreme violence and hardship of the Mexican Revolution and smaller upheavals of the 1920s such as the Cristero War drove many Mexicans into exile in the United States. The 1920s marked the real advent of mass migration from Mexico to the United States, and that decade also witnessed the first efforts to regulate that migration. – Timothy J. Henderson

What was the aftermath of the Tiananmen Square massacre?

The 1989 Tiananmen Movement, known in Chinese as “June Fourth” (Liu Si), was a nationwide nonviolent citizens’ movement calling for reforms in China. Sparked by the April 15, 1989, death of Hu Yaobang, the former general secretary of the Chinese Communist Party whose reformist views distinguished him from the hardliners in the leadership, Chinese intellectuals and students in cities throughout the country, soon joined by other citizens, began a series of peaceful petitions, demonstrations, and hunger strikes. The movement ended on June 4 when the Chinese government deployed over 200,000 soldiers, equipped with tanks and machine guns, to crack down on what the regime called a “counterrevolutionary riot.” Historian Tim Brook Historian Tim Brook argues that the military crackdown is a “massacre,” noting that “using combat weapons against unarmed citizens was a moral failure.” Tiananmen remains one of the most sensitive and taboo subjects in China today. Discussions in the media, on the internet, and in the classroom are banned. Even the actual number of deaths from the military crackdown remains unknown. – Rowena Xiaoqing He

Featured image credit: Sculpture representing human sacrifice from one of the ballcourts at El Tajín, 2007 by Simon Burchell. CC BY-SA 3.0 via Wikimedia Commons.

Steven Filippi is a Marketing Assistant at Oxford University Press. This blog post features content from across Oxford's online reference platforms, including, but not limited to the Oxford African American Studies Center, Oxford Bibliographies, Oxford Handbooks Online, and the Oxford Research Encyclopedia of Asian History.