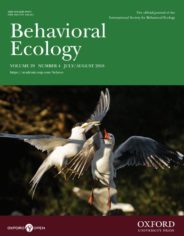 Pride is one of the most widely-recognised animal collectives in the world. We often picture lions among their family unit, whether they be standing proudly together or hunting down a doomed antelope. These famous social groups are usually formed of between three and ten adult females, two or three males, and the pride’s latest litters of cubs, and they live together (most of the time) across Africa and in the Gir Forest Sanctuary. We say most of the time because lions do in fact spend a fair amount of their time apart from the rest of the pride, as pride members have a variety of different roles.

Hover over the lions in our interactive pride to learn about the different roles of pride-members, from raising cubs to hunting for food.

Animal of the Month: 11 facts about koalas