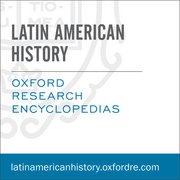 On 1 July, Mexicans elected a new president. The results confirmed what the polls had been predicting for months: Andrés Manuel López Obrador, known as AMLO, won by a landslide of over 50% of the vote—more than 30 points over the second place candidate, Ricardo Anaya of the National Action Party (PAN). In addition, AMLO’s new political outfit, the Movement of National Regeneration, or MORENA, essentially a one-man party, obtained the majority of seats in the Congress. The reasons behind this outcome are clearly rooted in the unpopularity of President Enrique Peña Nieto, who dragged his Revolutionary Institutional Party (PRI) to its worst-ever electoral results. Under his administration (2012-2018), Mexicans became increasingly exasperated with the country’s insecurity, its sluggish economy, and the corruption scandals involving senior members of his party and even his own family. Angry and frustrated, voters turned to AMLO and his promises: more security, higher wages, zero corruption, and justice for all. He has even promised to turn Mexico into a “loving republic” by helping raise “good and happy women and men.”

The outcome of the election was not inevitable. Had the PAN and the PRI understood that this election became a plebiscite on AMLO, they could have struck an unholy alliance to unify the anti-AMLO vote. Unlikely for two antagonistic parties, but they would have stood a chance. Had their coalition won, today AMLO would be in La Chingada, his ranch in Tabasco where he said he would retire if he lost the election. MORENA would also eventually fizzle without its leader. But that is not what happened.

That Sunday’s presidential election was the fourth organized by the National Electoral Institute (INE) since becoming completely independent from the executive branch in 1996. Late that evening, its president, Lorenzo Córdova Vianello, announced the winner and the overall official results. It was a remarkable twist of fate: AMLO has been a fierce critic of the INE. To this day, he does not acknowledge the electoral defeats he suffered in the presidential elections of 2006 and 2012, and has never backed down from his accusations that the board members of the INE were bribed into supporting a different candidate. Some may attribute this to simple demagoguery, but AMLO’s thinking is more complex than that. For him, the concept of democracy is not based on the simple act of voting, but on the broader and more revolutionary notion of a general will. From this perspective, his defeats were not caused by the caprices of the electorate, but by the malfeasance of his adversaries—abetted by the acquiescence of the INE. In 2006, he accused its board members of allowing ballot-stuffing and engaging in cyber fraud in favour of the PAN, and in 2012 of turning a blind eye to what he describe as a massive vote-buying operation by the PRI. On both occasions, he bullied and publicly vilified the INE for months, calling the board members “thieves” and “high traitors.”

What relationship will AMLO establish with the INE now that he fulfilled his long ambition of becoming president? The question is of utmost importance for the survival of democracy in Mexico. He will likely disappoint on the multiple and almost impossible promises he made, if that happens, voters will seek other alternatives. At that moment, and given his previous record, he might attempt to undermine the autonomy of the INE, openly or behind the scenes, to tilt the electoral field in favour of his party. This is by no means a far-fetched scenario: MORENA controls the Congress, and president AMLO will have no trouble unifying the parties on the left along with left-leaning sectors of the PRI around him. A coalition of that breadth amounts to two-thirds of Congress, the necessary threshold to appoint INE board members. At that point, MORENA will be an inch away of becoming a new hegemonic party, and AMLO the unopposed leader of Mexico.

If that comes to pass, Mexico would have come full circle back into a hegemonic party system akin to that which existed under the PRI in the 20th century. The decades of democracy that followed the granting of complete autonomy to the INE in 1996 will come to a close, and a new competitive authoritarian regime—to use the expression coined by Levitsky and Way—will emerge. If that comes to pass, AMLO will surely have fulfilled his promise to transform Mexico.

Alejandro García Magos is a is a PhD candidate in the Department of Political Science at the University of Toronto. He was born and raised in Mexico City, where he witnessed the democratic transition up close. He has worked at the Bank of Mexico, and has previous degrees from the Universidad Iberoamericana, Mexico City, and the University of Calgary. His research focuses on democratic politics across Mexican states, and he regularly blogs in Spanish for Global Brief magazine. He is the author of "López Obrador in Democratic Mexico," featured in the Oxford Research Encyclopedia of Latin American History.