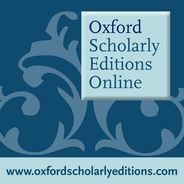 Given his near half-century career, the Romantic-era publisher Joseph Johnson (1738-1809) left behind a notably small archive. We know from a letter he wrote on today’s date in 1799 that he destroyed some of his correspondence and business documents while serving a two-year sentence for seditious libel in King’s Bench Prison (imprisonment was a fate that progressive publishers were all too familiar with during the 1790s). Even allowing for Johnson’s cautious document purge, surely his post-prison years (he continued to publish for nearly a decade after his release) would have generated hundreds if not thousands of letters and accounting notes. Perhaps more of Johnson’s papers will emerge before long, but for now, the two hundred letters held by the Pforzheimer Collection at the New York Public Library, alongside a couple dozen pieces of correspondence flung across various other libraries and private collections in Britain and the United States, comprise the extant Johnson archive.

I was reminded of this precious and fragile record of Johnson’s life and work when I first saw his tombstone in the All Saints’ Churchyard in Fulham. The memorial script composed by Johnson’s close friend, Henry Fuseli, is now so worn that it’s barely legible, and even from a few feet away it begins to look more like rows of discolored mottling than a testament to one of the most important publishers in British history. Fortunately, Thomas Faulkner transcribed the epitaph in his History of Fulham (1813):

Here lie the remains of Joseph Johnson, late of Saint Paul’s, London, who departed this life on the 20th day of December, 1809, aged 72 years. A man equally distinguished by probity, industry, and disinterestedness in his intercourse with the public and every domestic and social virtue in private life; beneficent without ostentation, ever ready to produce merit, and to relieve distress, unassuming in prosperity, not appalled by misfortune, inexorable to his own, indulgent to the wants of others, resigned and cheerful under the torture of a malady which he saw gradually destroy his life.

Robert Musil, Austrian philosophical writer, once said that “there is nothing in this world as invisible as a monument,” which is mostly not true, especially in Big Heritage Britain, but Johnson’s grave certainly isn’t easy to find in the All Saints’ Churchyard. The sexton I spoke to didn’t know where it was, nor, for that matter, did he even know Johnson was buried there. The true celebrity of All Saints, it turns out, is abolitionist Granville Sharp, Johnson’s close contemporary. With the 2007 campaign to commemorate the bicentennial of the abolition of the British slave trade, Sharp’s tomb was fully restored thanks to the efforts of television producer John Sheppard (Sharp also has a memorial tablet in Poets’ Corner). The sexton pointed out the location of Sharp’s tomb in the north-west corner of the churchyard, and so I headed in that direction, guessing that Johnson might be somewhere nearby. This fuzzy conjecture worked out well: Johnson’s tomb is in fact right next to Sharp’s, looking like a weatherworn “before” to Sharp’s carefully re-engraved “after.”

This very propinquity, in fact, made me wonder if Johnson and Sharp had gone in for matching plots. An exchange of letters between them would offer a more traditional mode of scholarly evidence for the possible friendship of two of the era’s great political actors, but there are no letters between Johnson and Sharp, even though Johnson published a number of tracts in support of abolition and is listed first among the booksellers for Equiano’s Interesting Narrative. Would it be too Burkean to wonder if neighboring gravesites alone might serve as evidence for ante-mortem relationships?

I’m not sure why I was surprised to find that Johnson’s grave is now virtually forgotten. Probably it had something to do with the energy of Britain’s memorial industry, which is at last offering long-overdue testimonies to many of the Romantic era’s political and print culture heroes, such as John Thelwall, Thomas Wakley, and Mary Wollstonecraft (whose statue, set to be crafted by Maggi Hambling, will soon grace Newington Green). Probably my surprise also had to do with the Romantic era’s own virtual obsession with grave markers and epitaphs, not to mention the well-worn pilgrimage paths leading to the graves of John Keats and Percy Shelley in Rome and the Wordsworth family graves clustered in the shadow of St. Oswald’s Church.

Of course, there’s a vast difference between impresario and star. Even “impresario” seems too glamorous for Johnson, or perhaps I should say too glamorous for Johnson’s conception of himself, for surely some share of glamour, and so too of enduring historical charisma, must accrue to the publisher who gave the world the first works of Wordsworth, Hazlitt, and Malthus, and who launched and loyally supported the careers of Wollstonecraft and Edgeworth. To read Johnson’s surviving correspondence and the few contemporary anecdotes about him we have is to realize that he would likely have wished to rest quietly amidst proximate greatness, his own tomb’s limestone slowly washing away with the seasons, but to recognize what Johnson was able to achieve as a publisher during a time of brutal political repression is to understand that we ought not respect this wish. We forget at our peril what we owe to the printers, publishers, and booksellers who took such great risks to keep truth in circulation during an era of repression. So here are some directions: pay Joseph Johnson a visit.

Featured image credit: All Saints’ Church, Fulham.  Used with permission of the author.

John Bugg is Professor of English at Fordham University and the editor of The Joseph Johnson Letterbook.