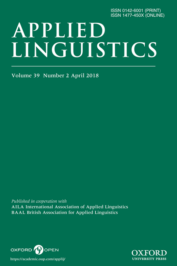 With ever-increasing global mobility, today’s workers often find themselves struggling to get along in workplace cultures different from their native norms. Many disciplines, from managerial sciences to linguistics to education, have a vested interest in understanding and addressing these challenges. By and large, research focuses on how international workers adapt to new environments and how local workers accommodate foreign colleagues. Both of these goals are concerned with adjustment, where colleagues change their behaviors in order to avoid miscommunication and attempts to bridge barriers. But what does it really mean to “fit in?” Contrary to arguments in favor of conformity to local conventions, I found evidence in a recent case study that says embracing cultural differences can support successful social and work-related activities. This opens the possibility that, in our ever diversifying world, perhaps the best way to get along with other cultures is not to adjust to local norms but instead to use cultural differences to enrich interpersonal interaction.

Focusing on talk as the primary tool colleagues use to interrelate, I problematized the notion of “fitting in” using a case study of American student interns in Japan. One of the first challenges learners of Japanese encounter in professional settings is the language’s multi-layered system of honorifics, including so-called “polite forms.” Polite forms are verbal markers that don’t change the content of a sentence, but do influence how that content is presented with respect to the relationship between speaker and hearer. Learners of Japanese are frequently taught that careful attention to polite forms is necessary for building relationships, avoiding offense, and in general, to fit in by behaving as expected in Japanese society.

However, research in the field of sociolinguistics tells us that polite forms are not always polite. Instead, they are used when acting in a defined social role in order to present an on-stage, official identity. For example, Japanese mothers will switch to using polite forms with their children when they are doing “being a mother” (e.g., when disciplining, serving food, or giving instructions). Moreover, when the context foregrounds casual or interpersonal relationships over work-related hierarchies, using polite forms is unexpected even when talking to a superior. For example, one intern in my study was rebuked by his boss for using polite forms too frequently when they were chatting at a social gathering after work. This more nuanced use of language is often not appreciated or understood by learners of Japanese. As a result, attempts to fit in by “being polite” can lead to situations in which learners actually stand out for their unnatural use of Japanese honorific forms.

In fact, this is exactly what happened to an intern in my study. Typically, Japanese workers will begin and end interactions with polite forms to index their institutional roles but discuss technical, work-related topics in standard, plain forms. However, one intern did just the opposite, beginning and ending with plain forms and discussing work-related topics with polite ones. His reasoning made sense given what he had been taught: he was trying to open conversations by being friendly but then conforming to his relatively low position as a student intern when the topic shifted to work. By trying to conform to ideologies of politeness, he ended up behaving in a way that marked him for his unusual use of polite forms.

Contrast that intern with another one who worked in the same department the prior year but took a distinctly different approach. This intern made no attempts to conform: he dressed flamboyantly, spoke loudly, and would try to tease his colleagues by speaking English. Moreover, he recognized that being an outsider gave him a useable resource. For instance, he would explicitly state that he is a foreigner as a prelude to requesting help on projects or to gain forgiveness for a misunderstanding. In short, rather than trying to conform to appropriate behavior for Japanese workplaces, he intentionally invoked the fact that he is not Japanese as an excuse to behave in non-Japanese ways—even when such behaviors might be considered rude or inappropriate under a stereotypical Japanese social model. Yet his concern with projecting his own identity and personality actually led him to interact with others much more naturally. He never seemed to cause offense, his use of polite forms was much more consistent with Japanese norms, and his colleagues genuinely seemed to enjoy working with him. Remarkably, his boss even told me in an interview that the intern would not be a good case study for a foreigner in Japan because, “we all think of him as one of us.” That same boss never said similar things about the first intern, instead commenting that, “well, he tries hard.”

By trying to conform to ideologies of politeness, he ended up behaving in a way that marked him for his unusual use of polite forms.

In answer to the question, “which intern did a better job of fitting in?” evidence from interviews and participant observations overwhelmingly favors the second intern. Despite the former intern’s much more conscious attempts to conform, he visibly struggled to find his place socially with his colleagues, yet the latter intern enjoyed good rapport and strong relationships. But then, because they are American they are not expected to be Japanese. Thus, attempts to act Japanese came off as unnatural, while being true to one’s own personality and cultural heritage lead to much more ordinary interactions on both linguistic and social planes.

This study tells us something important about adjusting to intercultural settings and holds a powerful idea for those of us involved in preparing students to succeed in a global, intercultural world. While so much focus is put on accommodation, adaptation, and conformity, perhaps those efforts miss the mark a bit. If we value diversity, then we should use it for what it is: differences. In fact, bridging cultural barriers through accommodation and conformity effectively de-emphasizes differences. And while differences certainly do contribute to some cultural miscommunication and offense, it is precisely those differences that also enrich interactions and provide new perspectives. Rather than accommodation, it is exposure to others through interaction that matters and ultimately predicts success. At the end of the day, sometimes it’s best to just be yourself—and to let others be themselves too.

Stephen J Moody is an Assistant Professor in Asian and Near Eastern Languages at Brigham Young University in Utah, US. His scholarly interests are concerned with social interaction in professional contexts. He is the author of “Fitting in or Standing out? a Conflict of Belonging and Identity in Intercultural Polite Talk at Work,” published in Applied Linguistics.

Translanguaging and Code-Switching: what’s the difference?