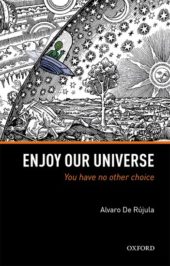 Enjoy Our Universe: You have no other choice

What do we mean by “the Universe”? In the physics community, we would define “the Universe” as all “observable things”, ranging from the entire cosmos to stars and planets, and to small elementary particles that are invisible to the naked eye. Observable things would also include recently made discoveries that we are slowly coming to understand more, such as the Higgs boson, gravitational waves, and black holes. While it might take incredibly complex (and costly) instruments to prove that these phenomena occur, we are able to witness them and prove their existence.

As a fundamental understanding of our Universe is being developed, it is clear we are currently only exploring our Universe, since the hypothesis of the multiverse is yet unproven. Our unique and complex world stills holds many mysteries but those spectacles that have been documented over time show the beauty in the physics of our Universe.

Here we present several original illustrations by Alvaro De Rújula that take us on a little tour of the “observable things” that make our Universe beautiful.

Alvaro De Rújula was born in Madrid, where he studied physics and  obtained his PhD. He has worked in Italy (International Institute of  Theoretical Physics, Trieste), France (Institut des Hautes Études  Scientifiques), the USA (Harvard and Boston Universities) and CERN (in  various positions, from Summer Student to leader of the Theory  Division). He also is currently at the Instituto de Física Teórica of  the Autonomous University of Madrid (IFT/UAM/CSIC). In the 1970's he  contributed to the consolidation of the Standard Model of Particle  Physics, mainly QCD and its charmed quarks. He has also worked on  neutrinos (mass measurements and Earth tomography), the absence of  antimatter in the Universe, how to discover the Higgs...  He is the author of Enjoy Our Universe (OUP, 2018).