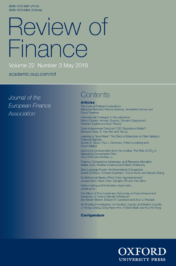 The Review of Finance, the official journal of the European Finance Association, publishes high-quality papers in all areas of financial economics.

Corporations typically issue equity when they need financing for a new profitable investment opportunity, when their shares are overvalued by the stock market, or when they need to raise funds to service their debt obligations.

But what is the equivalent of “equity”—shares sold for a stake in a company—for a country? The logical parallel here is “fiat money”: government decreed paper currency. Fiat money issued by a sovereign nation is analogous of equity issued by a corporation. Both are essentially pro-rata claims on wealth.

Linking a nation’s monetary economics to a corporate finance framework yields several important insights. First, it makes clear that money issuance in practice, like equity issuance, is in exchange for something, for a nation’s investment or other expenditures. The point is that fiat money does not drop from the sky, as suggested by a well-established but misleading idea in monetary economics, the notion of helicopter money. There is no such thing as money dropping from a helicopter. Indeed, the existence of money predates that of helicopters.

Second, this framing makes precise what the costs of inflation are. Inflation costs are similar to equity dilution costs, which are incurred by shareholders when a firm issues new shares to new shareholders at a price below the shares’ true value. An important result in corporate finance is that when a firm issues more shares through a rights offering, there cannot be any dilution of ownership. Equity dilution is only possible if the new shares are acquired at a favorable price by new shareholders. This is how the new shareholders increase their pro-rata ownership share at the expense of old shareholders. Similarly, inflation costs materialize only when the new printed money a nation issues disproportionately favors new holders. That’s how the purchasing power of existing holders of money is eroded. In sum, the cost of inflation is the redistribution of wealth caused by it. Inflation without redistribution does not result in a cost for the citizens of a country.

The question of how to conduct monetary policy boils down to a determination of what money buys. If what is bought is worth more, the expansion in money supply increases the country’s welfare.

When a company issues new shares at a favorable price to the new shareholders it does so, presumably, because the proceeds from the share issue are worth more to the old shareholders than foregoing the share issue entirely. The fresh funds raised may be used to undertake valuable new investments or to reduce the company’s debt burden. Similarly, a nation may be better off expanding its money supply, even at the cost of greater inflationary pressures if the expansion of the money supply finances valuable public expenditures or helps reduce a high debt burden. But when to print more money, and what is the right growth rate of M2? In essence, the question of how to conduct monetary policy boils down to a determination of what money buys. If what is bought is worth more, the expansion in money supply increases the country’s welfare.

A striking example is China. China’s central bank (PBoC) has been criticized for having printed too much money over the past three decades, based on its high M2 growth rates (often over 10% per year and on occasion over 30%). But China’s inflation has been quite low and stable, and its GDP growth rate has been almost 10% per year over the same period. The PBoC has, in effect, issued equity to finance valuable investment opportunities. Similarly, The US Federal Reserve has allowed M2 growth rates to reach around 30% per year for a few years during World War II, and at the end of the war the US economy reached the stunning size of about 50% of the world output. These are two striking examples of monetary policy that resemble the equity issuance policy of a firm with lots of growth opportunities.

Another striking example is that of the Swiss National Bank’s response to the increase in the global demand for safe assets following the financial crisis of 2007-2009. It responded by purchasing foreign exchange assets in exchange for Swiss Francs. It was thus able to add to the Swiss national wealth roughly one year’s worth of output essentially for free! The Swiss National Bank did what corporations do when they face a stock market bubble: they issue more shares!

A similar tradeoff can be articulated for nations. National governments must balance likely inflation costs from an increase in money supply against the alternative—relying on financing from foreign-currency debt, which could result in default and debt overhang costs. In general, a country must weigh these conflicting risks, in order to decide how much wealth it derives from money issuance, and how much from international borrowing.

Finally, this corporate finance analysis can also help understand the benefits of a monetary union and the costs of abandoning monetary sovereignty. When is it appropriate for a nation to give up its right to issue money, by adopting a currency board or joining a currency union, such as the Euro? Doing so, essentially means foregoing the possibility of printing money and relying only on debt financing. The Argentinian debt crisis in 2000, a few years after it had adopted a currency board, and the Euro-area debt crisis of 2011-2013 can be seen as examples illustrating the costs of foregoing monetary sovereignty and relying exclusively on foreign-currency debt financing. Argentina eventually defaulted at huge cost and abandoned the currency board. The Euro area policymakers have been able to avoid default and put out the fire, essentially by printing more money, but clearly more needs to be done to fix the structural problem of an over-reliance on debt financing.

To conclude, applying a corporate finance framework to nation states reveals, among other things, that monetary policy cannot be reduced to a simple formula, an inflation target, or a quantity rule. It reveals that monetary policy cannot be framed independently of the exchange value of money and of foreign exchange reserve management. Also, by focusing on what money buys, a new perspective can be obtained on so-called unconventional monetary policies and the costs and benefits of quantitative easing.

Patrick Bolton is the Barbara and David Zalaznick Professor of Finance and Economics at Columbia Business School. His research and areas of interest are in contract theory and contracting issues in corporate finance and industrial organization.

Haizhou Huang is the Managing Director at China International Capital Corporation Limited (CICC). He is a Special-Term Professor of Finance at both the PBC School of Finance at Tsinghua University and the Shanghai Advanced Institute of Finance.

Together, they are the authors of "The Capital Structure of Nations" published in Review of Finance. 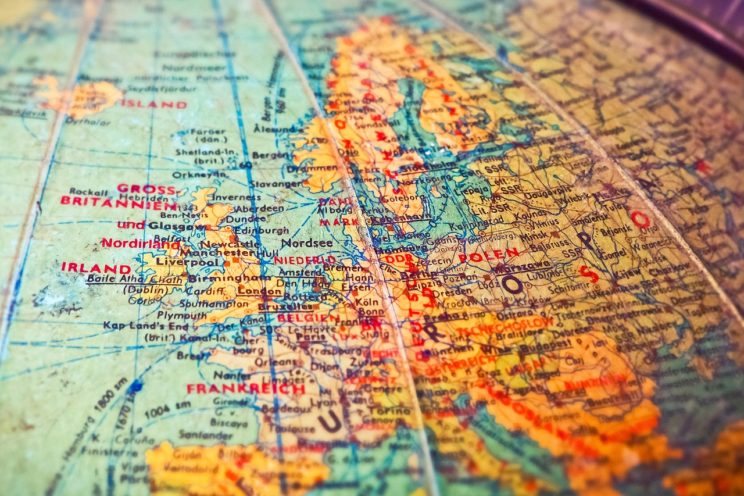