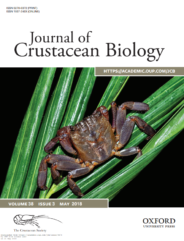 Most people have a passing familiarity with crayfish: as an occasional food item, or as animals routinely caught by children wading in streams and ditches in the summer. Yet few people likely realize how astoundingly diverse crayfish are globally. Our planet is home to approximately 600 species of crayfish, which use habitats ranging from caves to streams and lakes to terrestrial burrows.

Many of these crayfish face high risk of extinction. A recent assessment by the International Union for the Conservation of Nature found 32% of crayfish species are threatened with extinction. Causes of crayfish population declines include factors like habitat loss and degraded water quality, as well as displacement of native crayfish by non-native invasive crayfish. Often, crayfish species fail to live well together—a newly introduced crayfish may entirely replace a native species in a lake or stream over a few years. Invasive crayfish drive population declines of native species through mechanisms including the spread of disease, competition, and hybridization or reproductive interference.

In northern California, one of the rarest crayfish in the world is barely holding on. The Shasta crayfish Pacifastacus fortis has an extremely restricted range, smaller than most large cities. It often occurs in groundwater springs draining old lava flows; these freshwater habitats are remarkable for their clear water and year-round cold temperatures. The Shasta crayfish is primarily threatened with extinction through displacement by the invasive signal crayfish, Pacifastacus leniusculus. When signal crayfish arrive in one of the few remaining habitats occupied by the Shasta crayfish, the native crayfish tends to decline and disappear over a few decades.

Population declines of the Shasta crayfish resulted in it being among the first crayfish listed to the Endangered Species Act in the United States. As a consequence, a number of conservation interventions have been attempted to save the Shasta crayfish from extinction. For example, several barriers have been constructed over recent years to exclude signal crayfish from Shasta crayfish habitat. This effort has been a mixed success: in each case, invasive crayfish spread above the barriers before their completion, but physical removal efforts are attempting to eradicate signal crayfish above the barriers, given that they can’t recolonize from downstream.

Shasta crayfish individuals have also been relocated to a small, spring-fed pond that is isolated from invasive crayfish populations. The hope is that a Shasta crayfish population will establish in this isolated site that is disconnected from streams and rivers invaded by the signal crayfish. However, whether this conservation relocation has worked is unknown: scientists and managers have not been able to find Shasta crayfish following their introduction. It may be that this conservation relocation failed, or that Shasta crayfish are rare enough in difficult to sample habitats that they simply can’t be detected or observed. Shasta crayfish often live in large boulder habitats that are hard to search, particularly without destroying the habitat or damaging the crayfish themselves.

How then, to monitor the outcomes or effectiveness of these type of conservation interventions for endangered crayfish? My laboratory has worked in recent years in the area of “environmental DNA” or eDNA—using trace fragments of DNA collected and identified from environmental samples to map the distribution and abundance of organisms. In many cases, eDNA has been found more sensitive to the presence of hard to detect organisms that conventional sampling or surveying methods. This may mean that eDNA could be used to detect invasive species at the low abundance leading edge of their spreading populations, or endangered species at locations where they persist as only a few individuals.

We do stress that eDNA is not without challenges or limitations to its application. This tool can be so sensitive to the presence of DNA of the target organism that contamination and false positives are a constant risk. Alternatively, might we have found more Shasta crayfish eDNA at other times of the year, given the life history or behavior of this crayfish? And how far might eDNA spread downstream of crayfish by stream flow in our particularly cold, swift-flowing study sites? These questions require ongoing study to improve the application of eDNA to management and conservation questions. However, the ability of this approach to detect organisms at low abundances, without disturbing their habitats or potentially handling or harming sensitive individuals, may make it a major monitoring and management tool in the future for crayfish and many other organisms.

Eric R. Larson is an assistant professor in the Department of Natural Resources and Environmental Sciences at the University of Illinois, Urbana-Champaign. His research focuses on conserving imperiled species and managing invasive species in freshwater ecosystems, using tools including environmental DNA.