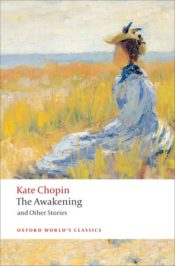 Oxford University Press has once again teamed up with the Bryant Park Reading Room on their summer literary series.

The Bryant Park Reading Room was first established in 1935 by the New York Public Library as a refuge for the thousands of unemployed New Yorkers during the Great Depression. Today, thanks to the generous support of HSBC Bank USA, and the continued efforts of the Bryant Park Corporation, the Reading Room is thriving once again. As part of the Bryant Park program, Oxford University Press has created a special book club where we pair acclaimed contemporary authors with a classic title from the Oxford World’s Classics series.

Check out the line-up below. Prior to each event, stop by Bryant Park to pick up a free copy of the book club choice while supplies lasts. The Reading Room is located in Bryant Park, right behind the NYPL Main Branch, on 42nd street between 5th and 6th Ave.

Sonia Taitz is a playwright, essayist, and author of three novels and two works of non-fiction. An award-winning writer, her work has been praised by The New York Times Book Review, The Chicago Tribune, People, Vanity Fair, and many other publications.

Simon Winchester is the acclaimed author of many books, including The Professor and the Madman, The Men Who United the States, The Map That Changed the World, The Man Who Loved China, A Crack in the Edge of the World, and Krakatoa, all of which were New York Times bestsellers and appeared on numerous best and notable lists. In 2006, Winchester was made an officer of the Order of the British Empire (OBE) by Her Majesty the Queen. He resides in western Massachusetts.

Rebecca Coffey is an award-winning journalist, documentary filmmaker, and radio commentator. Coffey contributes regularly to Scientific American and Discover magazines. She blogs about sexuality, relationships, crime and punishment, social media, and psychology for Psychology Today, and is a broadcasting contributor to Vermont Public Radio’s drive-time commentary series. Also a humorist, she is the author of Nietzsche’s Angel Food Cake: And Other “Recipes” for the Intellectually Famished (Beck & Branch, 2013) and Science and Lust (Beck & Branch, 2018).

Sally Koslow is the author of the novels Another Side of Paradise; the international bestseller The Late, Lamented Molly Marx; The Widow Waltz; With Friends Like These; and Little Pink Slips. She is also the author of one work of nonfiction, Slouching Toward Adulthood: How to Let Go So Your Kids Can Grow Up. Her books have been published in a dozen countries.

Sally is the former editor-in-chief of McCall’s Magazine. She has taught at the Writing Institute at Sarah Lawrence College and is on the faculty of the New York Writer’s Workshop. She has contributed essays and articles to The New York Times, O, Real Simple, and many other newspapers and magazines. She has lectured at Yale, Columbia, New York University, Wesleyan University, and University of Chicago, as well as many community and synagogue groups.

Karl Jacoby is a professor of history at Columbia University. The author of two previous books, he has won the Albert J. Beveridge Award and a Guggenheim Fellowship, among many other honors. He lives in New York.

Marie Myung-Ok Lee, author of three young adult novels, including Finding My Voice and Saying Goodbye, has received many honors for her writing, among them an O. Henry honorable mention, and both Best Book for Young Adults and Best Book for Reluctant Readers citations from the American Library Association. She is currently a visiting scholar at her alma mater, Brown University, in Providence, Rhode Island.

Cassidy Donovan is a Marketing Assistant at Oxford University Press.