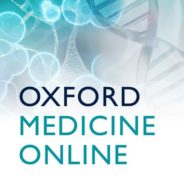 This year is the centenary of the Spanish influenza pandemic of 1918. It is estimated that the number of people who died as a result of the Spanish flu equated more than the deaths from both the first and second World Wars combined. It impacted all spectrums of the population with no bias towards race, gender, or economic background, and causing horrific impact globally. The majority of deaths were most likely caused by secondary bacterial pneumonia, which is also suggested in evidence following the pandemics of the Asian flu and Hong Kong flu.

The Spanish flu was attributed to Spain by France in 1918 where it was dubbed Spanish influenza. Interestingly, Spain had attributed the flu to France at the same time, with other countries also suggesting other attributions. Wherever the origin, the name Spanish flu stuck.

However, it was only by 2010 that the industry had started universal flu vaccine trials, following the Swine flu pandemic in 2009.

Vaccination developments can be effective when combating the two forms of influenza: seasonal and pandemic. However, for seasonal flu vaccines, the effectiveness can range anywhere from a mere 10% up to around 60%, depending on the vaccine strains used. In other words, if the vaccine strain is not a close match to the type of influenza it is vaccinating against our level of protection is much more compromised. The development of a vaccine that serves against both seasonal and pandemic influenza is of high priority. It is apparent that whilst medicine and technology have developed rapidly since 1918, the risk of another pandemic of influenza still remains a global concern.

Explore the last hundred years of flu, as we mark the Spanish flu centenary, from the four major pandemics to the medical advances along the way, with this interactive timeline.

Anna Shannon is a Marketing Executive for Oxford University Press.

Seven things you didn’t know could kill you