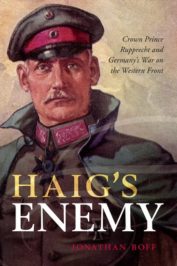 Thanks to the ongoing centenary commemorations, interest in the First World War has never been higher. Whether it be through visiting the poppies at the Tower, touring the battlefields of Belgium and France, tracking grandad’s war or digging in local archives to uncover community stories – unprecedented numbers of people have come face to face with their history in new and exciting ways. There are a few aspects missing from the commemorations held so far, however. For instance, there’s so much about the dead that we forget the sacrifices made by those soldiers who survived (nearly 90% of them) as well as by those who stayed at home. Equally, we tend to focus narrowly on the Western Front, when this was, after all, called a ‘world war’ for good reason. In this article, though, I want to concentrate on another aspect I think we have too often missed during the centenary. It would be easy, observing the commemorations of the past four years, to think that this was a British-only event. The fact that British soldiers fought alongside allies, most obviously the French, and against human enemies, most notably the Germans, is often skipped over, and we tend to look at the war from an exclusively British perspective. If, however, we see the war, not through that familiar lens, but through German eyes, we can learn a lot and challenge some hoary old myths. Here are five examples:

Myth: The German army was a superb tactical instrument, a true meritocracy with a very flexible system of command which enabled fast responses and great flexibility. It learnt and adapted to the challenges of the new warfare with speed and skill, developing ‘stormtroop’ tactics in the attack, and elastic ‘defence in depth’ tactics when under threat, both of which underpin modern tactics even today.

Reality: The weaknesses within the German army contributed greatly to its defeat. The officer corps was riven with cliques and patronage. Senior commanders interfered all the time in the operations of their subordinates. It was overtaken in the race to innovate by the British and French, who created new ways of fighting by 1918 to which the Germans could find no answer.

Just like the British in Blair’s Wars, the German military’s confidence in its ability to solve problems outran its capability. If the German army hadn’t presented the Schlieffen Plan as a workable military solution to Germany’s political problems, the war might never have started. Once war broke out and the Schlieffen Plan had failed, the high command continued to believe that it could find tactical answers to the impossible strategic situation Germany had created for herself, and so refused to consider any kind of climb-down. The army’s failure to be honest with itself, or with its politicians, cost Germany dearly. Arrogance loses wars.

“The army’s failure to be honest with itself, or with its politicians, cost Germany dearly. Arrogance loses wars.”

…were seen as more of a threat by the Germans than the British. Not only did the French carry the main brunt of the fighting on the Western Front for at least the first two years of the war, but right to the end of the war the Germans saw them as more skilled fighters than the British. The troops of the British Expeditionary Force (BEF) were seen as brave but clumsily handled in battle, poor at coordinating attacks and exploiting success. On the other hand, politically, London was seen as the centre of gravity of the Entente. In March 1918, the German army launched its final desperate attempt to win the war with an attack on the BEF: partly because it felt the British were a softer target, and partly because they felt that knocking the British out of the war could cause the French to fold.

Myth: the war was a static, sterile stalemate where everyone just kept bashing away in the same unimaginative and futile manner.

Reality: it was a cockpit of furious innovation. Every time one side came up with some tactic or measure to give it an edge, the other raced to counter it. Brand new technologies such as the aeroplane and the tank were developed as weapons and built into radically different ways of fighting war which, by 1918, were almost unrecognisable to the soldiers of 1914. Learning and adaptation constituted another front in the war, one contested no less savagely than the physical fighting fronts.

Myth: This was the war no one won. Little changed, and nothing was solved. Domestic social and political change remained glacial. In international relations, it took a second, even more terrible, war, to resolve the German question.

Reality: Domestically, it is true, not much changed in Britain. There were no homes for heroes, and certainly few jobs. Some women got the vote, but they would probably have got it anyway. Politics went on much as before. In much of Europe, however, everything changed. Revolutions brought down the empires of Russia, Austria-Hungary, the Ottomans, and of Germany herself. They swept away monarchies and ruling classes which had endured for centuries. The tragedy, for Germany and the world, was that the Weimar republic which took over from the Kaiser was too weak to withstand the ravages of the Great Depression and the demonic force represented by Hitler and the Nazis.

It’s not always easy to see wars from all sides. Language can be a barrier, records can take digging to find, and everything takes time and money. But now, a hundred years on from the horrors of the First World War, surely we can start to make the effort to do so.

Feature image credit: The Emperor presents the Iron Cross to the Heroes of Nowo-Georgiewsk. Paining by Ernst Zimmer, 1915/16. Public domain via Wikimedia Commons.

Jonathan Boff is a Senior Lecturer in History and War Studies at the University of Birmingham, where he teaches courses on conflict from Homer to Helmand. He specializes in the First World War and his previous book, Winning and Losing on the Western Front: The British Third Army and the Defeat of Germany in 1918 (CUP, 2012) was short-listed for the Templer Medal and for the British Army Book of the Year award. He was educated at Merton College, Oxford and the Department of War Studies, King's College London and spent twenty years working in finance before returning to academia. He serves on the councils of the National Army Museum and Army Records Society, has worked as a historical consultant with the British Army and the BBC, and is a Fellow of the Royal Historical Society. His latest book is Haig's Enemy: Crown Prince Rupprecht and Germany's War on the Western Front.