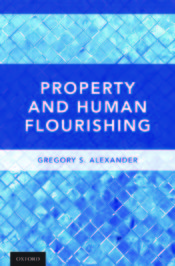 Martins Beach is a spectacular stretch of coastline south of Half Moon Bay in San Mateo County, California. It is a well-known fishing spot, a family picnic destination, and a very popular surfing venue. For nearly a century, the owners of the beach allowed visitors routinely to access the beach using the only available road. In 2008, billionaire Vinod Khosla bought Martins Beach and the surrounding property. After two years of complying with the county’s request to maintain access to the beach, Khosla permanently blocked public access. A California environmental organization filed suit against the property owner. In 2017, a California appellate court ruled in their favor, holding that a property owner cannot block access to the beach without permission from the California Coastal Commission, which exercises regulatory oversight over land use and public access in the California coastal zone. The court ruled that barring access constituted development, requiring a permit which Khosla failed to obtain.

The case is another instance of a conflict between beach owners and the public that has played out around the country. Beach owners rely on private ownership to assert their right to exclude the public, and members of the public claim a right to access and use the beach for recreation. The Martins Beach controversy was decided on the basis of California regulatory law, but elsewhere courts have relied on broader principles such as the public trust to decide that beach owners must allow “reasonable access” to and use of not only the wet sand area but also the dry sand portion of the beach.

Beach owners rely on private ownership to assert their right to exclude the public, and members of the public claim a right to access and use the beach for recreation.

Beach access is a contentious issue, partly because it so starkly poses the question just how broad the owner’s right to exclude is. The old adage that a man’s home is his castle may be true of a personal residence, but is it true of a private beach as well? At the other end of the spectrum from the right to exclude lies property that is subject to a right of access by the public in general, what in Roman law was called res publicae. Today the public’s right to use the beach for purposes including recreation extends to the wet-sand portion. Public right of access to the dry-sand portion of private beaches is the major point of contention in cases like Martins Beach and elsewhere.

The moral foundation of private property is human flourishing, and that good should define the scope of an owner’s right to exclude. Human flourishing requires that we develop certain capabilities, including health, autonomy, practical reasoning, and so on. The communities to which we belong help us develop these capabilities, so we owe ourselves obligations to help those communities themselves flourish. In the beach context this may require owners to permit public access across their beach. Recreation is not a luxury; it is a necessity. The contributions of recreation to physical and mental health are well-known, and access to means of recreation is essential. Recreation also provides a means for cultivating sociability, learning how to live with others, including strangers. Here, again, the beach is an important locus of capability development.

Of course, the owner’s essential capabilities of personal security and privacy may also be at stake. So, if the beach owner’s primary residence is a home on the beach, and public beach access would materially jeopardize the resident’s security or privacy, then other locations for public access should be found. Apparently that was not the case in Martins Beach, however.

By focusing on the capabilities at stake, this human flourishing theory provides a more morally satisfying analysis of property disputes such as access to beaches.

Gregory S. Alexander is the A. Robert Noll Professor of Law at Cornell Law School. He is a nationally renowned expert in property law, and he has taught at Cornell since 1985. He is the author of Property and Human Flourishing, a recent release from Oxford University Press.

International disability rights and the dilemma of domestic courts

Harvey Weinstein and the decriminalization of prostitution