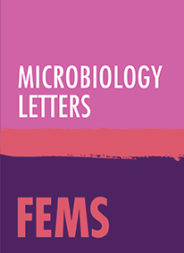 FEMS Microbiology Letters gives priority to concise papers that merit rapid publication by virtue of their originality, general interest, and contribution to new developments in microbiology. All aspects of microbiology, including virology, are covered.

Sir Alexander Fleming famously wrote that “one sometimes finds what one is not looking for”. The story of Fleming’s serendipitous discovery of penicillin in the 1920s is familiar to most microbiologists. While the Scottish scientist and his family were on vacation, a fungal contaminant spread across – and subsequently killed – a lawn of bacteria growing on agar plates from one of his experiments. Fleming’s meticulous bookkeeping and astute observations of this chance event paved the way for the scientific exploration of antibiotics and revolutionized microbiology, having monumental effects on human health and longevity. Fleming seemed to be in the right place at the right time doing the right thing – but was the discovery a simple matter of good luck? What piqued Fleming’s curiosity toward this unexpected mould that most microbiologists would have overlooked as a commonplace laboratory annoyance?

Scholars believe his inquisitiveness was stimulated by his artistry: he was a self-taught watercolor painter.

Throughout his scientific career, Fleming entertained himself by fusing his painter’s techniques and his microbiology skills in the creation of agar art. In his lab, instead of using watercolors on canvas, he would paint with colored microbes on Petri dishes. The microbes would grow from a dilute invisible ink to vibrant pigment-expressing biofilms after a few days, creating living microbial masterpieces. His creativeness and visual acuity is thought to have driven his investigation of contamination he might have otherwise thrown out. Fleming later used a more controlled microbial painting technique – cross-streaking experiments (Figure 1) – to verify the lethality of penicillin against a variety of disease-causing bacteria. Subsequent researchers have used this same technique to search for other microbe-produced antibiotics (e.g. Selman Waksman’s discovery of streptomycin).

For centuries, the intersection of science and art has fueled discoveries like Fleming’s and inspired some of the most far-reaching paradigm shifts in science and education. Since ancient times, the disciplines’ synergistic influence on each other has inspired scientific and technological progress as well as innovation in the arts. From Galileo (musician and astronomer) to John James Audubon (painter and ornithologist) to Niels Bohr (physicist and abstract art lover) and many others, we see the interplay of objective reason and aesthetic expression advancing both science and art.

Which brings us to our current topic: the growing popularity of Sir Fleming’s pastime, agar art. Ever since the inception of the American Society for Microbiology’s annual Agar Art Contest in 2015, the scientific art contest has captivated both the attention of the general public and scientists from across the globe, with winning entrants from Hartford, Connecticut to Tbilisi, Georgia (Figure 2).

This international contest, reading about Fleming’s discovery, and the chance encounter of a newly-minted microbiology professor and a student double-majoring in studio art and biology at UAB, were some of the influencing factors in our decision to reform our Biology of Microorganisms class as a Course-based Undergraduate Research Experience (CURE) based around agar art (Figure 3). This curriculum uses students’ unique agar art, made with fresh soil isolates, to help students intuitively explore questions in microbial ecology. Like Fleming and agar artists across the globe, our students create their own microbial masterpieces from soil microbes. But this exercise isn’t just a fun, gimmicky activity – microbes, unlike paint, are subject to ecological pressures like antibiotic production and resistance, meaning that the intended painting is quite different from what students actually look at after a few days of growth. These varying plates prompt student questions: why are the plates different, and how are the microbes interacting with each other? Subsequently, students design and execute experiments on their microbes to scientifically explore these ecological questions, sometimes discovering novel results that may be of interest to the scientific community at large. The integration of art and science in the course works to give students more freedom and control in their education, as well as a sense of what it’s like to be part of genuine scientific discovery. These are key concepts in CURE courses, which have been shown to have a number of positive effects on student outcomes relative to traditional “cookbook” lab classes.

It’s not all painting and playing in the dirt: compared to students from a standard cookbook lab, our students were more likely to give positive answers on a test of attitudes associated with pursuing STEM careers. “I’ve had to learn how to make my own process and my own methods and figure it out. That makes me feel more comfortable with being a scientist,” one of our students commented. Allowing students autonomy and creativity in how they pursue learning has been shown to not only increase mastery of material and ease in relating to scientists, but also retention in STEM programs. Integrating art and aesthetics into scientific inquiry, either on the lab bench or in the classroom, might help foster a new generation of creative scientists. After all, discoveries often happen when you find what you were not looking for.

Sarah Adkins (@admiraladkins) is a National Science Foundation Graduate Research Fellow at the University of Alabama in Birmingham, USA with degrees in biology and studio art. Rachel Rock is an undergraduate researcher in the UAB SciTech Honors Program. Dr. Jeff Morris (@ASDarwinist) is an Assistant Professor in the Biology Department at UAB, who got hooked on discovery-based education as a NASA Astrobiology Institute postdoc at the BEACON Center in East Lansing, Michigan. They study microbial evolution and education reform, and in their spare time, they can be found painting with microbes.

Sarah, Rachael, and Jeff are coauthors of “Interdisciplinary STEM education reform: Dishing out art in a microbiology laboratory” in FEMS Microbiology Letters. To look at the agar art their students have been doing, search #petridishartUAB on Instagram or Twitter. More information about course materials can be downloaded via CURENet.