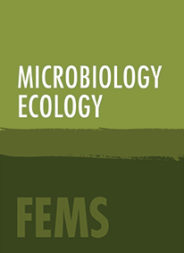 Glacier surfaces around the world often host active communities of specialized organisms, including annelids in Alaska, insects in the Himalayas, and rotifers in Iceland. But these organisms, like all life, need liquid water in order to survive.

The most strikingly visible signs of life on glaciers come from the microbes responsible for “watermelon-snow” – so-called both for its colour, and its smell. When sufficiently abundant, single-celled green algae can tint the snow surface orange, pink, or red with their cellular pigments. A handful of the snow can even smell fruity. Aristotle knew about watermelon snow in the fourth century BC, and by the time of the microscope, scientists recognized that watermelon snow was caused by living organisms.

Anyone walking up a glacier during summer will encounter melting at lower elevations in the heat of the noon-day sun. However, this water drains quickly from surface snows and icy rugosities, where single-celled algae photosynthesize. Even during the melt season, freezing occurs daily and so water, paradoxically, often limits life in these environments. The icy nature of glaciers also challenges life in other ways. Nutrients are sparse and often unavailable, frozen within ice and snow crystals. And without the microbial equivalent of sunscreen, over-illumination can damage microbes’ photosynthetic apparatus as readily as it can blind the human eye without sunglasses.

On large icefields around the Gulf of Alaska, watermelon snow can cover anywhere from tens to hundreds of square miles. Alaskan algae benefit from marine-derived nutrients blown-in from the stormy North Pacific, and in turn these organisms feed glacier animals in the billions. Inch-long glacier ice-worms and “snow-fleas” graze on snow-algae, forming the most complex food-web of all our planet’s glacier organisms.

Greenland, by contrast, has far less watermelon-snow and far more “grape-ice”, which is coloured purple or grey by ice-algae. Unlike southern Alaska, Greenland experiences lighter snowfall but a deeper cold, garnering its reputation as a “polar desert”. Greenland has no ice-worms, for example, and watermelon-snow is commonly found only in the coastal mountains surrounding the main ice sheet. Still, both snow and ice-algae face similar problems: the freezing of liquid water, nutrient unavailability, and over-illumination.

Glacier algae’s solution to all three problems may lie in its colour. Japanese, American, European, and UK scientists working on glaciers from the Arctic, to the Antarctic, to the high Himalaya increasingly identify microbes as responsible for more melt than any other glacier surface particle, including dust and potent black carbon. Unlike the cold geophysics of non-living particles, the biological imperative for living organisms to survive and reproduce cause algae colours that natural selection likely favors for melt.

For example, imagine that you are winter camping. After a long day of cross-country skiing, you arrive at camp to find your drinking water frozen. To quench your thirst, you must melt water to drink; building a fire or starting a stove adds heat to frozen water, generating liquid. But if you’re a photosynthetic organism on the glacier’s surface, you have a different energy source available.

Light’s different wavelengths determine the colours we see. Our language commonly divides the visible spectrum into six colours (purple, blue, green, yellow, orange, and red), between the damaging ultraviolet and warming infrared. Most of the sunlight arrives at Earth’s surface as blue and green and these colours, if absorbed by an algal cell, could provide the energy needed for melt and, ultimately, survival.

“Most of the sunlight arrives at Earth’s surface as blue and green and these colours, if absorbed by an algal cell, could provide the energy needed for melt and, ultimately, survival.”

A particle’s colour – like the green of plant chlorophyll, or the red of a snow-algae cell – is the colour of light bouncing off the particle. In the case of glacier-algae, those colours which are absorbed are transformed into heat. Because most solar energy is contained in blue and green wavelengths, particles which appear purple or red will absorb the most energy, and therefore potentially melt the most snow. To prove this theory, one of my more creative grad students once sprinkled differently coloured chalk dust on our university’s snow-covered lawn, demonstrating the relative melting powers of black, red, and blue: black chalk dust melted the most, but red was not far behind. Blue did a poor job, exactly as predicted by theory.

So why do glacier algae make grape-ice and watermelon-snow? Research into the melting potential of a red particle reveals that it thaws almost as much as a purple particle, but does so with a lessened heat load on the particle itself. A red particle melts both by conduction of absorbed light energy into the snowpack, and by the reflection of red, preferentially absorbed by snow. If it is purple, a snow-algal cell surrounded by well-drained and insulating snow might risk overheating in the dead-air space of its miniature snow cave. If red, it can melt as much snow as a purple particle, but with a lesser heat load.

The molecule used by red-snow algae to melt snow is the carotenoid pigment called astaxanthin. Glacier algae studies generally claim astaxanthin’s primary function is sunscreen, a pigment un-involved in photosynthesis, and bound up in fatty deposits filling the cell interior. This likely gives watermelon-snow its smell, just as esters give fruity flavors to many candies. Astaxanthin likely keeps the algae on the surface of the snow, like oil on water, where it can continue to photosynthesize. Otherwise they might sink into the snow like mineral particles do.

Glacier travelers often overheat when skiing in black. The same would occur with black-coloured snow algae. Ice-worms, on the other hand, are black through and through, including their organs. They stay out of the sun, emerge only at night, but likely absorb the purple and blue light that readily penetrates snow. But black is not a colour, after all. Green is the coolest colour in direct sunlight, absorbing the least energy. An answer to the question “why is chlorophyll green?” could well be “to keep cool when bathed in sunlight.” This is the complete inverse of glacier algae’s needs.

Roman Dial is a professor of biology and mathematics in Alaska Pacific University’s Institute of Culture and Environment. He is the lead author of “What color should glacier algae be? An ecological role for red carbon in the cryosphere”, published in FEMS Microbiology Ecology.