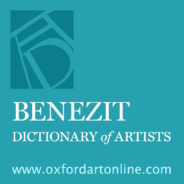 Since its first publication in 1911, the Benezit® Dictionary of Artists has become one of the most comprehensive and definitive resources of artists’ biographies available.

With every generation comes difficult and contested times that shape history. In the United States, where we are experiencing one of the most divided societies in decades, the sentiment feels omnipresent and pervasive. For women and those of nonconforming gender, the issues at stake are even more expansive than the gun laws, environmental concerns, or tax reforms that are on the minds of our citizens. For those of us who identify as such, personal rights over our bodies and behaviors are being challenged. Trans people face harsh discrimination and a potential ban from military service, and women of color are still fighting the battle to be heard in feminist debates. Funding was cut for programs such as Planned Parenthood, and Roe vs Wade is still the subject of potential revision, leaving more questions than answers for anyone who identifies as a woman. Many discussions of policy have questioned who lawmakers are thinking of in their decisions – citizens or “big business”?  As the musician and artist Anohni has said in her Future Feminism manifesto, perhaps it is time for a world run by women.

The “#MeToo” movement has heightened awareness of the discrimination and harassment that women face on a daily basis. While this germinated in the entertainment industry, the wave of resistance has spread to technology, academia, and the arts. I believe that this recurring unveiling of the mistreatment of women adds to the feeling of bewilderment and consternation that many are feeling; however, I gain inspiration from the incredible women doing so much to fight a flawed system: from Malala to Oprah and our former first lady, Michelle Obama. In these turbulent times, these women, among so many others, are semaphores for a future where all people are treated with dignity and respect.

At Benezit we have decided to spearhead a year of commissioning only women artists. This resulted from statistical analysis that showed a major skew in gender bias, not surprising given how long the resource has been in existence and the male domination of the field historically.  This year’s commissioning cycle includes new entries on female artists across generations and communities. Younger American artists Tschabalala Self, Carmen Argote, Njideka Akinyuli Crosby, and Dawn Kasper are new additions, among more established second wave feminist artists such as Barbara Hammer, Yvonne Rainer, and Susan Cianciolo. From Turkey, CANAN and Nil Yater are included as new entries, and Mechella Yezernitskaya and Tony Godfrey wrote articles on women artists from Russia and Southeast Asia respectively.

The hashtag “#PressForProgress” is the motto for this year’s International Women’s Day. This slogan is intended to motivate people to think, act, and be gender inclusive. We live in a society where women enjoy many freedoms that aren’t allowed in other countries, yet we still have a long way to go towards real equality in terms of family division of labor, salaries, and glass ceilings, especially in the art world. International Women’s Day is an occasion for each of us to think of ways to better the lives of women in our communities. The recent unveiling of portraits at the National Portrait Gallery of Barack and Michelle Obama signals progress. Barack’s portrait was painted by an openly gay African American artist, Kehinde Wiley, and Michelle’s portrait was by Amy Sherald, a female African American painter. At Benezit our contribution towards real equality is by adding more women artists, from diverse backgrounds, to our resource. We aim to fight sexism, racism, and ageism through the arts. The art community has always sought to use peaceful means to make real change. We encourage our readers to  think of new and innovative ways to push women’s issues forward, to promote equality in their  own community, and in general to help women achieve their goals.

Kathy Battista is Editor in Chief of the Benezit Dictionary of Artists and Director of the MA program in Contemporary Art at Sotheby’s Institute.