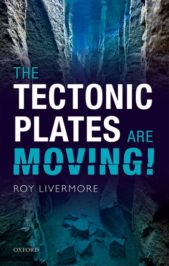 The Tectonic Plates are Moving!

You might think that a phenomenon such as plate tectonics, operating on a timescale of millions of years, would have little relevance to our lives today. In fact, plate tectonics could be the reason we, and the rest of life on Earth, are here at all.

In 2004, John Prescott, then Deputy Prime Minister in Tony Blair’s New Labour government, remarked, “the tectonic plates appear to be moving,” referring to the impending downfall of Mr Blair. Since then, the tectonic plates metaphor has been applied to just about every major political transition, including events following the UK referendum on leaving the European Union and the election of Donald Trump as US President. In fact, as with most things, the politicians have got it wrong. There is no such thing as a “tectonic plate”: it is not the plates that are tectonic, but the tectonics that is plate-like.

The great unifying theory of plate tectonics is now 50 years old. Naturally, the precise date of the anniversary depends on when exactly you think the theory was born, but there is general agreement that things really got moving with the publication of a paper in Nature by Dan McKenzie and Bob Parker in December 1967. The article showed how a theorem of the eighteenth-century mathematician Leonhard Euler could be applied to what Dan and Bob called “the paving stone theory of world tectonics,” established a couple of years earlier by the great Canadian geophysicist, Tuzo Wilson. This approach provided geophysicists and their computers with the power to move, not just mountains, but entire continents and the plates that bear them, making it a simple matter to reconstruct the break-up of the supercontinent Pangea during the past 180 million years.

To demonstrate the power of Euler’s theorem, Dan and Bob chose the example of the North Pacific, the region in which detailed surveys by the US Navy a decade earlier had provided irrefutable evidence in support of the sea-floor spreading hypothesis of Vine and Matthews. Calculating the Euler pole of rotation for the Pacific plate with respect to North America, they showed that relative motion measured at the plate boundary was entirely consistent with their predictions. A few months later, a second paper, this time by Jason Morgan, appeared in the Journal of Geophysical Research, exploiting the same theorem to calculate rotation poles for the African, North American, Pacific, and Antarctic plates.

Half a century later, plate tectonics is maturing into a dynamic theory that involves the entire globe; from the surface to the inner core. Drifting continents are recognized as the visible expression of moving plates, and plates, in turn, constitute the upper boundary layer of a great engine that delivers heat energy from the interior to the surface by slow mantle convection. At the core-mantle boundary, this engine is linked to a second giant engine that transfers heat produced by inner core formation and radioactive decay up into the mantle.

Cooled at the surface, the plates regulate mantle convection by means of subduction, the sinking of the plates into the deep mantle. Mantle convection, in turn, regulates the much faster convection in the molten iron-alloy outer core, in the process generating a reversing geomagnetic field—the field that protects the atmosphere from erosion by the solar wind and, for good measure, also records plate motions by imprinting a magnetic bar-code in the rocks of the ocean floor.

Here at the surface, the plates link mantle convection to a third great heat engine driving the circulation of the atmosphere and oceans. Plate tectonics regulate this engine by operating the “global thermostat,” supplying greenhouse gases at mid-ocean ridges and volcanic arcs, and removing them by creating mountain ranges at continental collision zones where carbon dioxide is extracted during rock weathering and then carried in solution to the oceans, to be locked away in sediments. At the same time, vital nutrients are weathered out of the rocks and transported to support life in the oceans.

Furthermore, plate tectonics gradually alters the geography of continents and ocean basins, leading to long-term changes in ocean circulation and global climate. For example, a volcanic arc created by subduction—the Panama isthmus—linked the North and South American continents around 3.5 million years ago, shutting off westward-flowing currents between the Atlantic and Pacific. The flow was deflected northward, creating a strong western boundary current that became the Gulf Stream. The land bridge so constructed provided a highway for opossums, armadillos, and porcupines to cross from South America to North America, while bears, cats, dogs, horses, and llamas made the southward journey. By making and breaking connections between adjacent continents and oceans in this way, the movement of plates guides the course of biological evolution, encouraging speciation on isolated continents and merging formerly independent ecosystems on colliding continents.

Of course, like the Romans, plate tectonics has its drawbacks, as the folk in Japan, Indonesia, and Iran know only too well. In the geological past, widespread volcanism,—heralding the rifting of Pangea and the birth of the North Atlantic—resulted in the emplacement of a huge volume of volcanic rocks known as the Central Atlantic Magmatic Province within North America, Europe, and Africa, an event that was coeval with a mass extinction that ended the Triassic period 201 million years ago.

Other large volcanic eruptions, marking the arrival of plumes of hot rock from the mantle below, have caused even greater chaos, disgorging basalt lavas on a continental scale. Notable examples are the Siberian Traps and Deccan Traps, the eruption of which produced mass extinctions responsible for terminating the Permian and Cretaceous periods, respectively. On the other hand, it might be argued that, by clearing the planet of “unwanted” reptiles, these catastrophes opened the way for the evolution and spread of mammals and, eventually, bipedal apes.

Hence, and quite remarkably, plate tectonics has evolved from a geometrical description of moving paving stones into the crucial factor that permits the emergence of what geophysicist Bob Stern calls “technological species” here, and perhaps, elsewhere.

Roy Livermore is a marine geophysicist. He spent twenty years with the British Antarctic Survey, mapping and exploring the Southern Ocean. He has participated in thirteen Antarctic research cruises, several as Chief Scientist. He is the author of The Tectonic Plates are Moving! (OUP, 2018).

The secret of the Earth