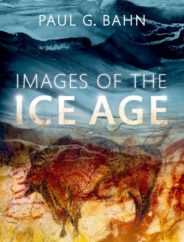 Images of the Ice Age

On 23 February this year, the American journal Science published an article by an international group of scientists and prehistorians. It presented a series of dates obtained from layers of calcite that had formed on top of drawings in three Ice-Age-decorated caves in Spain: La Pasiega in the north, Maltravieso in the centre, and Ardales in the south. The results—c. 64-66,000 years ago—are so early that it makes it certain that Neanderthals must have made these markings on cave walls. There is bound to be a great deal of controversy over these results for a number of reasons.

We have only been dating cave art directly since the 1990s, by the radiocarbon method, which can only date organic material (i.e. charcoal drawings). Back then, we were powerless to date drawings in manganese or ochre (inorganic materials) or engravings.

But now, the calcite-dating method allows us to obtain minimum ages for these other drawings if they have some calcite formed on top of them. The dating method has been used for decades by geologists, but it’s only in recent years that archaeologists have tried to obtain dates for cave art from it—with very exciting results.

The previous early dates obtained by this method from a few North Spanish caves (published by the same team in Science in 2012) caused great surprise in some quarters, because many prehistorians are highly conservative and prefer the traditional belief that all art came from our own species; some still believe that Neanderthals were brutish savages with no culture. The dates of c. 35 to 40,000 years ago were rejected on the basis that modern humans were in Spain by that time. While this is true, the objectors were ignoring the fact that the calcite dates only provide a minimum age for the art beneath, and that art could, therefore, be far older. The method was later supported by similarly early dates from caves in Sulawesi (Indonesia), and now by these new results that make it clear Neanderthals did produce cave markings. The markings are still considered to be non-figurative; as of yet, there are no drawings of animals, which characterise the Ice Age cave art produced by modern humans. The motif in La Pasiega is a geometric shape, and the earliest date (Maltravieso) is a hand stencil.

“The results—c. 64-66,000 years ago—are so early that it makes it certain that Neanderthals must have made these markings on cave walls.”

All dating methods are subject to caveats. They are at the cutting edge of science, and usually involve tiny samples that can be very difficult to take and are often subject to various kinds of contamination. However this project has been carried out by the top experts in the field, so I feel sure its results are valid and reliable.  However, they will doubtless be rejected – as were the team’s Spanish results in 2012 – by conservative prehistorians who refuse to change their beliefs.

Accepted or not, this new study  actually does not tell us much about Neanderthals that we didn’t know already. Some of us have believed for many years that Neanderthals did have culture, and the evidence has been steadily building in recent years. For example, some Neanderthal living sites contain kilos of pigments, making it likely that they not only practised body painting but also some form of rock art. We know they had jewellery and used feathers. There have been very encouraging signs in recent years that the general view of Neanderthals was changing. For example, a few years ago an exhibition in the Dordogne on Neanderthal burials featured a display case devoted to “Neanderthal art” for the first time; and the most recent mannequins of Neanderthals produced for museums including London’s Natural History Museum now feature some body-painting.

The most important evidence emerged during the last few years in France, where a cave called La Roche-Cotard has produced a crude sculpture of stone and bone, dating to c. 70,000 years ago, that represents a kind of face. That cave–which was totally sealed at the end of the Neanderthal period— also contains various patterns of finger-marking on its walls (forming geometric shapes), and some spots of red ochre, proving once again that Neanderthals did mark cave walls. So these new dates from three Spanish caves, together with the Spanish results already published in 2012, add tremendous grist to the mill.  Neanderthals were indeed cave artists long before modern humans adopted the practice.

The capacity for symbolic behaviour, or symbolic thinking, is an important and distinctive part of being human and shows that Neanderthals were indeed human beings and very like us in many different ways. One might even dare speculate that modern humans picked up the idea of producing cave art from the Neanderthals when they encountered them in western Europe!

Paul G. Bahn is a leading writer, lecturer, translator, and broadcaster in the field of archaeology. In 2003, he led the team that discovered the first Ice Age cave art in England, at Creswell Crags in Nottinghamshire. He has been freelance since the mid-80s and regularly leads lecture tours to, among other places, the famous decorated caves of Europe. He is the author of Images of the Ice Age.

Revealing the past of childhood before history