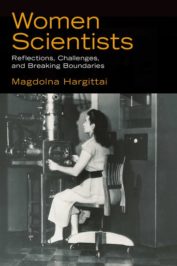 Years ago, while researching my book Women Scientists, I asked famous women scientists to name the greatest challenge in their life. Almost without exception, they noted the difficulty of adjusting their family obligations and their work. Chemist Rita Cornforth, wife and colleague of the Nobel laureate John W. Cornforth, said: “I found it easier to put chemistry out of my mind when I was at home than to put our children out of my mind when I was in the lab.” The famous MIT professor Mildred Dresselhaus, often called “the queen of carbon science,” complained that with four children, it was impossible to get to work before 8:30 a.m., but her supervisor wanted her to be at work by 8 a.m. “The people who were judging me were all bachelors.” Similar examples in my interviews abound. I am not unfamiliar with this issue myself, having been a practicing scientist and mother of two (now adult) children.

It bothered me that so few women make it to the top of their profession in most STEM fields, so I have worked to spotlight these women and to provide role models for those young women who are considering science as a profession for themselves, but who are apprehensive about the potential sacrifices they might have to make in their family lives. When I talked about the difficulties with the first female full professor of chemistry of the University of Tokyo, I asked her if she could wish for anything—like in a fairy tale—what it would be? She hesitated, but after clarifying that she could ask for anything, however outrageous, she revealed her dream of having a family to accompany her (most brilliant) career in science.

Most of my interviewees were young in the early and middle part of the 20th century, when it was not common for a woman to work. This meant that day-care facilities were almost unheard of, and families had to organize childcare for themselves. More recently, there has been an increasing awareness of the unacceptably small number of women in STEM fields. I have been following this and it saddens me to see how slow the improvement has been. This is in spite of the fact that there are more and more initiatives trying to change the situation. The European Union publishes data on different aspects of women in STEM fields; there is a thick booklet every third year, titled “She figures.” The latest set of data, She Figures 2015, shows that the number of women going from the undergraduate to the PhD level has slowly increased, from 31percent to 37 percent. Then, there is a strong decrease, gradually becoming steeper through the assistant, associate, and full professor level, which stood at 13percent. Significantly, the curve starts to drop exactly at the time when PhD women are getting a job and start having children. The numbers did not improve more than just a few percentage points during the past decade or so.

Various countries try to alleviate the situation in different ways. In the USA, there is a project called ADVANCE, that’s main objective is to focus on work-family concerns. In the European Union, there is the TRIGGER project with similar objectives and approach. The Horizon 2020 program is the biggest program ever in the EU for research and innovation, with special emphasis on gender equality, although the work-family concerns are not explicitly stated there. Another current program is EFFORTI, a program for promoting gender equality in R&D. The programs seem to be elaborate and complicated, and for me it is not clear how progress will be measured.

There are different ways to ease the lives of women who have to cope with the double pressure of family and work. Institutional day care centers are among the most important incentives, both because they provide high-quality care and the children stay close to their parents. The possibility of flexible working hours as well as the option to take work home may further lighten the burden of reconciling the two competing timetables. For a certain period, allowing the mother to work part-time is another possibility. A few years ago, the Hungarian Academy of Sciences introduced an equal opportunity program for young women with children. This allows them to work on their higher doctorates two years longer than otherwise possible, and they might have other flexible arrangements as well. These are just a few of the approaches to bring young women scientists closer to “equal opportunity” in academia.

Some of my interviewees told me how their children reacted to their parents being scientists, for example to their talking about work at the dinner table. Some hated it, but there were others who felt proud. Their friends even envied them for getting to have interesting conversations at dinner. There were children, who experiencing how their parents loved what they did for a living, could not imagine other jobs for themselves than becoming scientists.

Magdolna Hargittai is Research Professor at the Budapest University of Technology and Economics. She is a member of the Hungarian Academy of Sciences and the Academia Europaea (London). She is the author of Women Scientists: Reflections, Challenges, and Breaking Boundaries (OUP, 2015). Her co-authored books (with István Hargittai) include New York Scientific: A Culture of Inquiry, Knowledge, and Learning (OUP, 2017), Budapest Scientific (OUP, 2015), Great Minds: Reflections of 111 Scientists (OUP, 2014).

Throughout the month of March, Oxford University Press will be celebrating women in STM, sharing content about the remarkable women who have shaped these industries, and what it’s like to pursue careers in these fields.

What’s in her name?