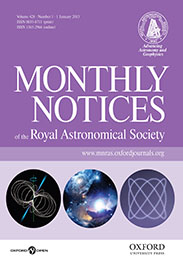 At the center of every galaxy is a supermassive black hole. Looking at the wider scale, is it possible that these gravity monsters influence the overall structure of our universe? Using a new computer model, astrophysicists have recently calculated the ways in which black holes influence the distribution of dark matter, how heavy elements are produced and distributed throughout the cosmos, and where cosmic magnetic fields originate. The project, “Illustris – The Next Generation” (IllustrisTNG) is the most ambitious simulation of its kind to date. By using supercomputers to explore the basic laws of physics, the simulations evolve a large piece of the Universe – roughly one billion light years across – from shortly after the Big Bang until the present day. Researchers use the simulations to study many of the outstanding puzzles of how our Universe, and the galaxies within it, came to be.

How do we make a realistic ‘Universe in a box’?

Our standard model for cosmology paints the picture of a Universe dominated by unknown forms of dark matter and dark energy. In order to test this scenario, we need precise predictions for how the night sky should appear. Because the light which reaches us arises from stars, diffuse gas, and accrete black holes, numerical simulations which directly evolve these three ‘baryonic’ (or normal matter) components, in addition to dark matter and dark energy, are crucial. These ‘hydrodynamical’ simulations, such as IllustrisTNG, have over the past few years become extremely powerful and predictive.

For instance, IllustrisTNG contains galaxies quite similar to the shape and size of real galaxies. The amount of stars in a given galaxy, how rapidly new stars are forming, and the balance between the ‘blue’ light of young stars and the redder light of old stars are all reasonable. For the first time, the detailed clustering pattern of galaxies in space has been shown to match large observational surveys.

We can also look at the most massive galaxies, which are thought to form through the collisions of numerous smaller galaxies. As these smaller systems are pulled together by the unrelenting attraction of gravity they are torn apart and scatter their stars in the vicinity of the massive galaxy. These “stellar halos” are hard to spot and are only now starting to be observed, and IllustrisTNG provides concrete expectations for their structure. “Our predictions can be quantitatively checked by observers,” describes Dr. Annalisa Pillepich (MPIA). “How well their properties agree provides a critical test for our current theoretical ideas of how galaxies form.”

What do black holes have to do with the lifecycle of galaxies?

The most important and, often, irreversible stage in the lifecycle of a galaxy is when it “quenches” star formation, and is no longer able to convert interstellar gas into young, bright stars. Before this happens, star-forming galaxies shine brightly in the blue light of their young stars. After an abrupt change, whose exact physical mechanism and origin is still debated, the galaxy slowly fades away and joins the class of ‘red and dead’ systems. “IllustrisTNG clearly demonstrates that the only physical mechanism capable of extinguishing the star formation in these large galaxies are supermassive black holes,” explains Dr. Dylan Nelson (MPA). “These black holes release huge amounts of energy and drive ultrafast outflows of gas which can reach up to 10% the speed of light. The net result affects the entire stellar system of the galaxy, which can be billions of times larger than the comparably small black hole itself.”

What does it take to run a simulation like IllustrisTNG?

“It is noteworthy that we can accurately predict the influence of supermassive black holes on the distribution of matter out to large scales,” says principal investigator Prof. Volker Springel (HITS). “This is crucial for reliably interpreting many forthcoming measurements from large observational programs.”

To do so, the researchers developed a particularly efficient version of their highly parallel moving-mesh code AREPO and used it on the Hazel Hen machine at the High-Performance Computing Center Stuttgart – Germany’s fastest supercomputer. IllustrisTNG is the largest such project ever undertaken, and used 24,000 processors for more than two months to follow the simultaneous formation of millions of galaxies, producing more than 500 terabytes of data. The total time spent on the largest simulation so far was 35 million CPU hours, which would take 10,000 desktop computers roughly 1,000 years to accomplish. “Thanks to the German Gauss Centre for Supercomputing, we have been able to redefine the state of the art in this field,” explains Volker Springel. “Analyzing the new simulations will keep us busy for years to come, and it promises many exciting new insights into different astrophysical processes.”

Featured image credit: Rendering of the gas velocity in a thin slice of 100 kiloparsec thickness (in the viewing direction), centred on the second most massive galaxy cluster in the TNG100 calculation. Where the image is black, the gas is hardly moving, while white regions have velocities which exceed 1000 km/s. The image contrasts the gas motions in cosmic filaments against the fast chaotic motions triggered by the deep gravitational potential well and the supermassive black hole sitting at its centre. Public domain via The IllustrisTNG Collaboration.

Smashing black holes at the centre of the Milky Way