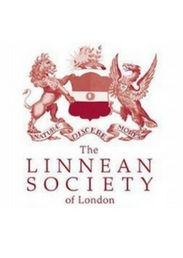 The Linnean Society of London

Diversity in science is in the news today as never before, and it is hard to imagine what it might have been like to be a woman scientist in 1900, knocking at the doors of learned societies requesting that women be granted the full advantages of Fellowship. It might seem trivial to us now, but in the past these societies were the primary arena in which discussions took place, contacts were made and science progressed. In the early 20th century, science itself was only just finding its feet as a professional activity; for much of the previous century it had been the dominion of ‘amateurs’, like Charles Darwin, many of whom were wealthy enough to fund their own activities. So being barred, not just from Fellowship of the learned societies but also from being able to attend meetings, essentially meant exclusion from the day to day workings of science.

Coinciding with the 230th anniversary of its foundation, the Linnean Society of London is holding a meeting on 21 March to celebrate its first women Fellows—the vote to elect 16 women to the Fellowship in November 1904 was a landmark for participation of women in the science of Natural History. It followed several years of requests from women who wished to become part of the workings of science, and to also illicit changes to the Charters that governed Fellowship. These women were from all branches of natural history—botany, zoology, geology, microbiology (one even studied organisms in rum), and spanned the gamut from Dames, to Professors, to Misses. In 1906 the husband of one of their number commissioned a painting from James Stant depicting the admittance of some of these ‘first women’ that today hangs in pride of place on the staircase in the Society’s premises in Burlington House.

The Zoological Society of London had admitted women as Fellows since 1826 and the Botanical Society admitted women as Members on the same terms as men in 1837, so the Linnean was behind in a sense, but it is worth bearing in mind that the Royal Society did not routinely admit women until the 1940s—sometimes change is a long time in coming. It was quite radical of the Linnean Society to work to change its Royal Charter to allow admission of women to the Fellowship – changing a Royal Charter is no trivial matter. It is testament to the drive of the Council and Officers, who may not have been united on this matter, that it happened in a mere four years.

But was there a specific tipping point for this change? In 1900, Mrs. Marian Farquharson, a botanist who had helped to publish a field guide to British ferns, requested that “duly qualified women should be eligible for ordinary Fellowship and, if elected, there should be no restriction forbidding their attendance at meetings”. This insistence on attendance at meetings was important; other societies allowed women to be members, but they were barred from attending meetings (Farquharson had been elected as the first female Fellow of the Royal Microscopical Society in 1885 but was not allowed to attend). At first she was rebuffed by the Council of the Linnean Society, but eventually won the day, through sheer persistence (the Society holds a plethora of correspondence from Farquharson) and the vocal support of some members of Council. Ironically, she was the only one of the 16 proposed Fellows who was not admitted on that day in November 1904!

Natural history seems an obvious place for women to have made breakthroughs in acceptance—after all, I was often told in my youth, “botany is for girls”. Botany was traditionally a place where women could make contributions without seemingly threatening the social order, and in the late 18th and 19th centuries there was a thriving culture of women writing botanical books for children that stressed thinking for oneself and questioning authority.

Carolus Linnaeus (or Carl von Linné)—the ground-breaking 18th century Swedish botanist whose collections of plants, animals and books are now cared for by the Linnean Society of London—had female pupils, even in the highly male-dominated world of the late Enlightenment, though they never went on worldwide journeys like his male ‘Apostles’. Famously Linnaeus’s ‘sexual system’ of organising plants by counting their male and female parts was considered scandalous in the 18th century by some—one botanist even went as far as to suggest that it rendered botany a pursuit that would be inappropriate for women!

Times have changed, though looking back and celebrating the achievements of female scientists who struggled to attain their place at the table of science in no way diminishes the challenges faced by women in science today. Despite over 100 years of admission of women as Fellows to the Linnean Society, in 2017 only about 22% of Fellows were female—given the relative parity of men and women in undergraduate biology degrees, this indicates there is still room for improvement. But it is important not to consider the participation of women—or of diverse communities in general—in science as a difficult or impossible task, or to consider broadening participation as some sort of necessary evil. Diversity is good for science, it brings new perspectives and ideas; inclusion helps institutions like learned societies to achieve their aims.

The meeting on the 21st March will not only celebrate the pioneering women who pressed for, and achieved, Fellowship within the Linnean Society, but will also celebrate the efforts and successes of female natural historians in documenting and describing the world around us. The event seeks to explore issues confronting today’s female natural historians, such as imposter syndrome (feeling that one is not really good enough), or the vagaries of fieldwork. These issues affect men as well, but the Society hopes the day will allow all natural historians to come together and discuss how to expand the diversity in our community to become a catalyst for change.

Featured image credit: Used with kind permission of The Linnean Society of London.

Sandra Knapp is botanist whose research specializes in the taxonomy and evolution of the nightshade family, Solanaceae. She works at the Natural History Museum, London, where she arrived in 1992 to manage the international project Flora Mesoamericana - a synoptic inventory of the approximately 18,000 species of plants of southern Mexico and the isthmus of Central America. Currently the President –Elect, in May 2018, Sandra will take office as the President of the Linnean Society of London.