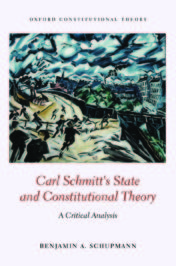 The rise of extremist populism in recent years places liberal democracy, not to mention committed liberal democrats, in an awkward position. There has been an alarming rise in public support for such extremist movements, even in established liberal democratic states. In states such as Hungary, Poland, Turkey, and Venezuela, democratically elected governments are enacting illiberal and anti-democratic political goals and values into law and in some cases directly into their constitutions. Once in power, these movements have sought – among other things – to concentrate political power in the executive branch, subordinate the judiciary and the civil service to the executive, intimidate and disempower domestic opposition, undermine press freedoms, infringe on minority rights, limit freedoms of expression and assembly, control universities, and finally stoke xenophobic, anti-pluralist, anti-Semitic, and racist sentiments.

Victor Orban, Hungary’s Prime Minister, has characterized this development as “illiberal democracy.” Defenders of liberal democracy and theorists of populism, in turn, have responded by condemning this turn as simply undemocratic. The abuse of democratically obtained powers to dismantle liberal and democratic commitments is democratic suicide.

It is widely believed in the West today that democracy is the ultimate basis of political authority. If true, liberal democrats have little recourse when a majority or super majority of the people legally amend liberal and democratic values out of the constitution – except to hope that voters will come around by the next election.

Extremist populist movements seeking to dismantle liberal democratic states according to the ‘rules of the game’ are not a new phenomenon.

Instead of outright denying the democratic nature of populist movements, I believe there is value in conceiving of them as instances of “illiberal democracy.” The legal rise to power of these extremist movements uncovers a tension within everyday notions of what democracy consists in, a tension at the heart of liberal democratic states. The tension is that, not only do democracy and liberalism have no necessary relationship to one another, they can even be inimically opposed. A democratic will expressed legally can pursue deeply illiberal legal goals. It can seek to enact laws overturning individual and minority protections as well as constitutional limitations on its power. To be sure, liberal constitutionalism and democracy combined tend to strengthen the values each promotes individually. And both are important values in their own right. But they are not the same.

By resisting the urge to subsume liberalism under democracy conceptually, politicians, jurists, and political scientists instead confront a dilemma. That dilemma is over whether democratic procedures or liberal values have higher constitutional authority. In other words, is the legally expressed will of the people, no matter what the content of that will expresses, the source of political legitimacy? Must liberal democrats remain true to their colors by accepting the outcome of democratic procedures, no matter how morally abhorrent they may be? Or, alternatively, do liberal constitutional values have higher authority? That is, must a democratic will – no matter how popular it may be – necessarily operate within a framework of basic liberal rights and other constitutional checks?

The first horn of this dilemma leads to the same conclusion as above: liberal democrats must accept the outcome of democratic procedures, no matter how undesirable it may be.

Deciding for the other horn of this dilemma avoids the paradox of the problem of democratic suicide. It results in constrained democracy and constitutional mechanisms that limit democratic legal change when directed at the fundamentals of liberal constitutionalism.

Carl Schmitt is a controversial figure because he joined the Nazi party once they came to power, incorporated vicious anti-Semitism into his writings, and legally defended early acts of the Nazi state. But committed liberal democrats today can reject Schmitt’s despicable actions without also throwing away the entirety of his state and constitutional theory. When paired with other policies intended to buttress liberal democratic states, like civic education and social welfare provisions, Schmitt offers a theoretical justification for constrained democracy and theorizes its core institutional mechanisms. He provides us with reasons why basic liberal constitutional commitments can be set beyond the reach of a democratic amendment procedure – including basic individual and minority protections as well as constitutionally guaranteed checks on an otherwise legally expressed democratic will. Among other things, Schmitt’s thought has been argued to have inspired the Eternity Clause (Article 79.3) of Germany’s current constitution, the Basic Law (Grundgesetz), which entrenches beyond any legal change fundamental principles of human rights and human dignity among other things.

Extremist populist movements seeking to dismantle liberal democratic states according to the ‘rules of the game’ are not a new phenomenon. Their possibility is embedded in the nature of democracy itself. Recognizing this possibility, constrained democracy provides an invaluable theoretical framework to prevent such movements from legally subverting liberal democracy. Constrained democracy offers the best constitutional solution to the problem of democratic suicide.

Benjamin A. Schupmann is a lecturer in Philosophy, Politics, and Economics in the Division of Social Sciences at Yale-NUS. He is the author of Carl Schmitt's State and Constitutional Theory: A Critical Analysis, a new release from Oxford University Press.