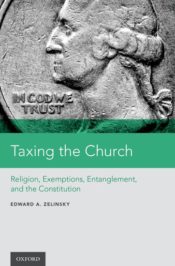 Paul Newman died in 2008, leaving behind a wonderful legacy of films and philanthropy. Of his many iconic movie roles, my favorite is Butch Cassidy. Every time I introduce a child or a grandchild to Butch and Sundance, as the climatic ending scene approaches, I quietly hope to myself that this time it will conclude differently with the heroes escaping alive.

Unfortunately, Mr. Newman’s death in real life triggered a tax problem which now threatens his charitable bounty. Congress almost solved this problem in the new tax law passed in December 2017 but, at the last minute, failed to do so. Congress should now move quickly and in bi-partisan fashion to protect Mr. Newman’s philanthropic enterprise by permitting the charitable foundation he established to continue owning the Newman’s Own food brand.

The story is a tale of unintended consequences which starts in 1969, the year in which Butch Cassidy and the Sundance Kid debuted. In that year, Congress amended the Internal Revenue Code to stop perceived tax abuses using private, family-controlled charitable foundations. Among the abuses Congress targeted was the tax-favored transfer of family businesses to private foundations. Before the Tax Reform Act of 1969, many families conveyed their closely-held businesses to such foundations, took the resulting income and estate tax deductions, but then contributed little or nothing to charity.

Congress discouraged this behavior in several ways including a new provision in the Internal Revenue Code, Section 4963. This provision prohibits a private foundation from owning more than 20% of any business. This 1969 reform has largely worked, stopping abusive transfers of family enterprises to private foundations.

In a version of the recently passed tax bill, then known as the Tax Cuts and Jobs Act, the US House of Representatives voted to amend Section 4963 to permit the kind of business transfer Mr. Newman made to his private foundation. Because of the Senate’s procedural rules, this provision was not included in the final legislation. Unless Congress acts soon, the Newman’s Own Foundation will be forced to sell the Newman’s Own food brand to a for-profit corporation.

Such a sale would destroy a critical aspect of the brand – all its profits go to charity. Had the drafters of Section 4963 foreseen in 1969 a situation similar to the one of the Newman’s Own Foundation, they would likely have crafted an exception for bona fide transfers of family businesses to private foundations. The legislation which almost passed Congress in December contained many safeguards to ensure that a family business transferred to a private foundation will be genuinely devoted to charity. Under this legislation, all business profits must be distributed to the foundation, and the foundation must be governed independently of the family of the business’s founder.

There is little time to solve this problem. If Congress does not act this year by amending Section 4963, the Newman’s Own Foundation must sell the Newman’s Own food business this year. That would be regrettable.

In our unfortunately polarized environment, there is today little on which Democratic and Republican members of Congress agree. This is one of these rare areas of bi-partisanship.

The legislation which Congress almost adopted in December passed the Republican-controlled House. Connecticut’s Democratic senators, Richard Blumenthal and Christopher Murphy, have also called for legislation to amend Internal Revenue Code Section 4963 to allow the Newman’s Own Foundation to retain the Newman’s Own business.

It doesn’t get more bi-partisan than this. Congress should amend the Internal Revenue Code to permit the Newman’s Own Foundation to retain the Newman’s Own brand. Butch’s charitable legacy is worth saving.