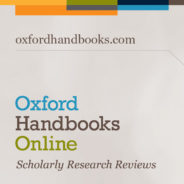 Volcanoes are incredibly complex geological systems. They are capable of generating many dangerous effects in the form of lava flows, fallout, and lahars – as well as associated hazards such as seismic shocks, tsunamis, or landslides. About 500 million people currently live in regions of the world directly subject to volcanic risk, and it is estimated that about 250,000 persons died during the past two centuries as a direct consequence of volcanic eruptions. Almost 26,000 of these fatalities occurred in the past two decades, above all in developing countries. There is no way to stop a volcano erupting, but in order to keep people safe and manage volcanic risk, scientists need to assess the hazard levels of volcanoes (i.e. previous activity) using techniques such as geological mapping, sedimentological studies, petrologic studies, and structural studies. Part of this process is understanding exactly what happens when a volcano erupts, looking at both the direct and indirect hazards.

This post has been written by the Online Marketing team, with facts compiled from the Oxford Handbooks Online in Physical Sciences article "Assessing Volcanic Hazard: A Review", by Joan Martí Molist.