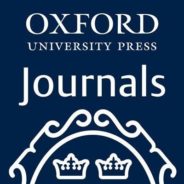 The Zoological Journal of the Linnean Society publishes papers on systematic and evolutionary zoology and comparative, functional and other studies where relevant to these areas. Studies of extinct as well as living animals are included.

Monday, 12th February 2018 is Darwin Day, so-called in commemoration of the birth of the father of evolutionary biology, Charles Darwin, in 1809. The day is used to highlight Charles Darwin’s contribution to evolutionary and plant science. Darwin’s ground-breaking discoveries have since paved the way for the many scientists who have come after him, with many building on his work. As a testament to his lasting legacy, Darwin’s Origin of Species was voted the most influential academic book in history in 2015, remaining as ground-breaking and relevant as ever, over 159 years since it was first published.

To celebrate and commemorate Darwin Day 2018, we have put together a collection of academic research about Darwin’s theories and works – including several papers written and co-authored by the great man himself…

Katy Roberts is a Marketing Executive at Oxford University Press.

Celebrating the first women Fellows of the Linnean Society of London