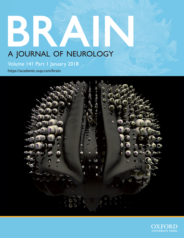 The concept of creativity is imbued with two contradictory notions. The first notion usually considers that a creative production is the result of high-level control functions such as inhibition, mental manipulation, or planning. These functions are known to depend on the anterior part of the brain: the prefrontal cortex. The second notion says that creative ideas emerge from relaxing the constraints and inhibitions, and letting the mind wander freely and spontaneously. In this case, shutting down the control functions may facilitate creativity.

Previously, we had assessed creative abilities on healthy individuals by adapting a famous task developed by Mednick in the ’60s based on the idea that creativity is the “forming of associative elements into new combinations, which meet specified requirements”. We asked participants to find a solution word related to three remote cue words or ideas presented to them, and found that more creative people had higher performance in this task than less creative people. In this task, participants are asked several questions such as: “Could you see a connection between the words “bridge” “social” and “to tie”, a word linked to all these words?”* To succeed, the participants need to connect and combine remote words or ideas, reflecting creative abilities, but no specific knowledge is required as we used frequent words.

To understand whether creativity is affected by the prefrontal cortex in the current study, we explored patients who had a frontal damage. Twenty-nine patients with a single focal frontal lesion performed this same combination task and we explored the impact of these lesions on performance. Based on brain MRI, we found that patients had poor performance when their lesion was located on a left lateral network that supports cognitive control, called the frontoparietal network. Within this network, the rostrolateral part of the prefrontal cortex was the critical node. In addition, further analyses revealed that when a lesion was located in another region, the medial prefrontal region, patients also had poor performance. These findings indicate that the left rostrolateral and the right medial prefrontal regions are both critical for creative abilities (Figure).

Based on Mednick’s theory that creative people have more flexible semantic associations, we hypothesized that, conversely, less creative people, including our patients, may lack flexibility in their semantic associations, and tend to consider strong associations rather than remote associations. Such a lack of flexibility would impact the combination task because it would constrain idea generation to the strong associates of each cue word preventing the generation of remote associates required to find the solution. Thus, in this study, we examined whether frontal patients had difficulties in generating remote associates that could explain their difficulties in the combination task.

We found that patients had poor performance when their lesion involved a medial network that supports spontaneous cognition (such as free mind wandering), called the default network. Within this network, the right medial prefrontal cortex appeared as the critical node. Patients with a lesion in this region produced more common or typical responses in both the first and the distant conditions, which is consistent with rigidity in semantic associations. Conversely, patients with a left rostrolateral lesion did not have any difficulties in generating remote associates. This second set of findings shows that the right medial prefrontal region, but not the left rostrolateral one, is crucial for generating remote associates.

These findings suggest that the spontaneous and controlled aspects of creative thinking both depend on the prefrontal regions but involve distinct systems. One system includes the right medial prefrontal cortex within the default mode network, and appears to be essential for flexible semantic associations and idea generation. The other system includes the left rostrolateral cortex within a frontoparietal network, known for its role in cognitive control, relational integration, and multitasking. This region may be critical to integrate the retrieved associates of each of the cue words in the combination task.

These findings are consistent with recent functional connectivity studies that have shown the interaction between the lateral frontoparietal network and the medial default mode network during creative performance. Our data may help to better understand some of the processes computed by these networks, and they additionally demonstrate that there are critical nodes within these networks, especially in the rostral prefrontal region.

*The solution is the word “link”.

Emmanuelle Volle, MD, PhD is a neurologist and an INSERM researcher at the FrontLab team, Brain and Spine Institute, Salpétrière hospital, Paris, France. Her current research is focused on the brain networks subserving complex cognitive functions, such as creativity, reasoning, problem-solving. She uses a variety of cognitive neuroscience methods, including human experimental psychology combined with functional imaging and functional connectivity, voxel-based morphometry, anatomical connectivity, with a particular interest in human neuropsychology and patient studies. Emmanuelle is the coauthor of “Two critical brain networks for generation and combination of remote associations", recently published in Brain: A Journal of Neurology.

David Bendetowicz, MD, works at La Pitié-Salpêtrière hospital, Paris, France as a neurologist. His clinical activity is mainly focused on patients with neurodegenerative diseases and cognitive or behavioral disorders. He also has a research activity in the FrontLab team, Brain and Spine Institute, Salpêtrière hospital, Paris, France, which is focused on the study of complex cognitive functions in patients with focal lesions using morphometric and functional imaging techniques. David is the coauthor of “Two critical brain networks for generation and combination of remote associations", recently published in Brain: A Journal of Neurology.