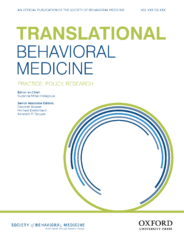 For 15 years I have counseled patients about what it means to carry a mutation in a gene that can lead to a higher risk of developing cancer. Hundreds of times I have said, “A mutation was found.” Our patients have different mutations in different genes. They come from different parts of the world. They speak a variety of languages, and bring their cultural heritage and expectations to our sessions. Their initial reactions are different; for some it is shock and sadness and for others it is relief to have an explanation and a tool for prevention. Yet, the same question is asked by almost everyone: “What does this mean for my family?”

For most patients, it means their parents, brothers, sisters, and children all have at least a 50% chance of carrying the same gene mutation. The implications are significant. While inherited cancer conditions lead to a greatly elevated risk for certain cancers, often at ages younger than typically seen, there are steps that can be taken to reduce the risk of developing cancer or to detect it at earlier stages. However, to take advantage of these potentially life-saving interventions an individual needs to know if they carry the family mutation.

After I disclose genetic test results to a client, we discuss which family members to inform and how the patient will do so. I give them a sample letter to share with their family, along with copies of their result. Armed with these tools and a crash course in genetics, patients are then asked to share information with family members.

“While inherited cancer conditions lead to a greatly elevated risk for certain cancers, often at ages younger than typically seen, there are steps that can be taken to reduce the risk of developing cancer or to detect it at earlier stages.”

Simple, right? You know you carry a mutation so you go home and tell your family. But families are not simple and communicating is inherently complex—as we can all attest. Just imagine how and what you would tell your relatives. Who might be more interested in this information? What current family dynamics might make the conversation difficult?

I have seen the downstream effects of this communication played out in clinic, both with the scenario of early-stage cancer detected in someone known to be at high-risk who is undergoing the right screening at the right time, as well as the more devastating flipside of a late-stage diagnosis that might have been prevented had gene mutation information been shared.

Even after a mutation is identified in a family, many people remain unaware and more than half of at-risk relatives don’t undergo genetic testing. We asked 136 of our patients with gene mutations: What happened after they were given their genetic test results? Our work was based at two Los Angeles hospitals (University of Southern California Norris Comprehensive Cancer Center and Los Angeles County+USC Medical Center) and at Stanford University Cancer Institute in Palo Alto, CA. Ninety-six percent of our patients shared with us that they had told a family member about their genetic test results. Encouragingly, 30% said family members had undergone genetic testing, some within the first three months.

Past research has been almost exclusively conducted in ethnically homogenous, predominately Caucasian groups. Uniquely, our study reflects the diversity of California, with 40% of the patients identifying themselves as being of Hispanic/Latino ancestry, 10% as having Asian ancestry, and 41% identifying with a Caucasian, non-Hispanic background. In addition to ethnic diversity, more than a third of our patients spoke a language other than English, more than 40% had less than a high-school education, and almost half were born outside of the United States.

There can be great hope in genetic information, despite its psychological weight. The maximum benefit of genetic information requires it to move through families. We found that our diverse patients, to whom we had to say, “a cancer gene mutation was found,” did, in fact, communicate this genetic test result to their family. And many of their family members went on to get the right genetic test within a matter of months. However, culturally informed interventions are needed to support and facilitate communication for families, as well as to enhance the preventive impact of genetic information.

Charité Ricker is a cancer genetic counselor at the University of Southern California (USC) where she sees patients at LAC+USC Medical Center. She received her MS in genetic counseling from California State University, Northridge after completing her BS in Genetics at Texas A&M University, and she is currently in a PhD program at USC in Health Behavior Research. Her clinical and research interests are focused on the provision of genetic services to ethnically diverse patient populations, as well as the subsequent communication and utilization of genetic information within families. She is a co-author of "Patient communication of cancer genetic test results in a diverse population", featured in Translational Behavioral Medicine.

How can research impact patients’ health in the “real world”?