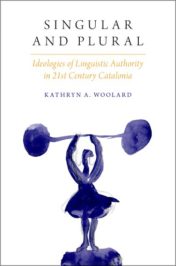 The political crisis around Catalan sovereignty continues unabated, with a record voter turnout on December 21 in elections to replace the Catalan parliament that Spain suspended after the beleaguered referendum on independence of 1 October. The same pro-independence parties that had formed the deposed government again won a majority of seats in a significant rebuke to the Spanish government, which had declared the referendum illegal and jailed civic leaders and elected officials on charges of sedition and rebellion. Spanish Prime Minister Mariano Rajoy miscalculated in betting that the resulting political and economic instability would undermine support for independence. That mistake owes in part to a wide-spread failure to fully understand the nature of Catalan identity and society.

In explaining the tenacity of Catalan support for independence, international media typically point to Catalonia’s distinct language and culture. Insofar as that evokes a backward provincial nationalism emotionally tied to the mother tongue, it doesn’t capture the linguistic dynamics of Catalan identity or the sovereignty movement adequately. Even the banned referendum ballot was multilingual.

Mainstream media liken the Catalan movement to Brexit, Trumpism, the French National Front, etc. and assume it is reactionary and nativist. But it is in fact a coalition of far left to center-right forces, mainly pro-Europe, contending with a right-wing and nationalistic governing Spanish Popular Party. Grasping the complexity of Catalan language and identity is one key to understanding the surprising breadth of independentist forces.

To the extent that Catalan identity is marked by the language, it’s not reserved for native speakers; it also includes the many second-language speakers of Catalan. The majority of the population is of immigrant descent, mostly from the south of Spain. As a result, less than a third of the population speaks Catalan as a first language, while over half claim Spanish as their mother tongue. The majority of people who can speak Catalan now learned it outside the home.

Support for sovereignty is strongest among native Catalan speakers but nonetheless cuts across these linguistic descent groups to a noteworthy degree. Only about 30% of eligible voters speak Catalan as their first language, but 47.5%, voted for a pro-independence party. Some 55% are first-language speakers of Spanish, but only 43.5% voted for the anti-independence parties that backed the suspension of the Catalan government.

For a historically minoritized language, Catalan has gained remarkable acceptance as a public language since Catalonia regained political autonomy in 1979. That change has involved a shift in the ideological foundations of linguistic authority and identity. Catalonia is now framed by leading pro-independence forces as both singular (with the Catalan language as its distinctive brand)  and socially and linguistically open and pluralistic, with Catalan as the common language among speakers of many mother tongues. In turn, the bid for Catalan sovereignty has been consciously mobilized not around xenophobic nativism but instead around social inclusiveness. In my ethnographic studies in the Barcelona area, I’ve found that this is consistent with perspectives on language found now in private lives as well as the public sphere.

Catalan linguistic policy, especially in education, disrupted a traditional form of Catalan linguistic authenticity that limited it to native speakers and made it hard for people of immigrant descent to feel they could take it up. For many, authentic Catalan identity is conceived now not as given by birth or mother tongue, but as a D.I.Y. project, what one chooses to become, including language choice.

This flexible, self-constructed link of identity to language appears in individuals’ understanding of their own lives. For example, I re-interviewed participants from my 1987 ethnographic study of a high school in the Barcelona area 20 years later, in 2007. Children of working-class Spanish immigrants who at fourteen had functioned socially as Spanish monolinguals recounted how as young adults they had left behind their resistance to a Catalan-speaking world and become comfortable bilinguals. As you mature, you “open your mind” and may even become “super-proud to be Catalan and to speak it;” you give up the “closed-mindedness” and “foolishness of not speaking Catalan, if you live in Catalonia,” explained Adela, Rosario, and José Luis respectively. After the polarizing teenage years, gradually “your prejudices disappear,” and you can use Catalan more easily said Elena, who described herself as having come from an “absolutely Castilian [Spanish] environment” that made entering secondary school a shock. Not all descendants of Spanish immigrants agree, and the elections showed that polarization is increasing.  But these interviewees and others like them felt that coming to speak Catalan was a sign of their own personal growth, and they were proud.

This open, forward-looking, and even pleasurable formulation of language and identity as multiple, rather than as a reactionary, essentialist monolith, underpins the idea of Catalan sovereignty for many supporters. To the extent that the Spanish central government persistently fails to understand this, it generates greater sympathy for independence. As Elena wrote me in September about the crisis:

Since the Popular Party has been governing Spain, Catalan nationalist sentiment…has become a mass movement. We feel denigrated and unloved by the rest of Spain. I was born in Catalonia of Andalusian parents who emigrated in 1966. I’ve always felt Catalan and Spanish, but that’s changing, and it hurts me. It’s not right… because Catalan society is very open, and has always been based on respect and solidarity.</p<>

Distressed by the police violence against voters on October 1, this daughter of working-class Andalusian immigrants wrote me again, “My own opinion is on the side of my nation: Catalonia.” Spain needs to recognize that hers is a Catalan voice, and that there are others like it.

Kathryn Woolard is professor emerita and research professor of anthropology at the University of California, San Diego. She is a fellow of the American Academy of Arts and Sciences and winner of the 2016 International Ramon Llull Prize. Her latest book, Singular and Plural; Ideologies of Linguistic Authority in 21st Century Catalonia, is winner of the 2017 Edward Sapir Prize of the Society for Linguistic Anthropology.