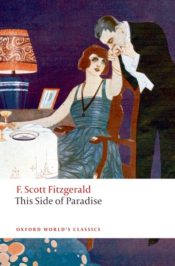 You’ve gotten through the first week of National Novel Writing Month. Have you’ve been hitting your word count? Writing 1,665 words every day may not sound like a lot, but sitting down in front of a blank page each day begins to feel like a struggle. Find some inspiration from these Oxford World’s Classics authors!

In the final five years of his life, Francis Bacon was able to concentrate on his studies. He produced a remarkable amount of work, some of it revised from earlier, unpublished attempts. Bacon, usually writing in Latin, was aiming both for a pan-European reading public and for posterity—a campaign in which he was ably and loyally aided by his chaplain and editor, William Rawley, who continued to publish Bacon’s works into the 1660s, and who penned an early, hugely influential biography of Bacon.

“I think I shall write books, and get rich and famous; that would suit me, so that is my favorite dream.”

This quote is from Little Women and is spoken by perhaps literature’s most intriguing wannabe writer, Jo March. As her sisters dream of castles in the air full of material objects, Jo dreams of a long lasting legacy resulting from her writing.

“Writing, when properly managed (as you may be sure I think mine is) is but a different name for conversation.”

An early example of metafiction, the quote above from Tristram Shandy brings the reader face to face with the narrator. Sterne’s first tries at writing the book in early 1759 were apparently clumsy and heavy-handed, characterized more by anger than bemusement at the disappointments of his world. The tone was satiric, often bitterly so, and the preoccupation was with human meanness more than with quirks and foibles. But the frustration of the early drafts melted into what became Sterne’s distinctive tone—an uneasy mixture of amusement, irritation, irony, exhilaration, detachment, humorous tolerance, and cold-eyed analysis of human beings.

“My theory of writing I can sum up in one sentence. An author ought to write for the youth of his own generation, the critics of the next, and the schoolmasters of ever after.”

The third printing of the first edition of This Side Of Paradise was prepared for distribution to the American Booksellers Association, with a tipped-in leaf entitled “Author’s Apology” and signed by Fitzgerald. The quote above is a portion of that note.

“For those who have tasted the profound activity of writing, reading is no more than a secondary pleasure.”

Stendhal began to write Memoirs of an Egotist on 20 June 1832. He was forty-nine and undertook to describe his years in Paris from 1821 to 1830, but sometimes misremembered the dates of events and included incidents that happened earlier. He put aside the manuscript for good on 4 July 1832. The approximately 40,000 words of Memoirs of an Egotist were therefore written in thirteen days.

“Many suffer from the incurable disease of writing, and it becomes chronic in their sick minds.”

He was one of the greatest Roman satiric poets, author of sixteen satires. Nothing definite is known about his life, but his work survives. His sixteen verse satires present a savage attack on the vice and folly of Roman society. The earlier Satires are unsurpassed in their expression of hatred and disgust; their caustic style is often contrasted with that of the urbane and witty Horace.

“Every secret of a writer’s soul, every experience of his life, every quality of his mind is written large in his works.”

An extract from Virginia Woolf’s diary for 13 April 1930, only a couple of years after the publication of Orlando from which the above was taken: “I read Shakespeare directly I have finished writing, when my mind is agape & red & hot. Then it is astonishing. I never yet knew how amazing his stretch & speed & word coining power is, until I felt it utterly outpace & outrace my own, seeming to start equal & then I see him draw ahead & do things I could not in my wildest tumult & utmost press of mind imagine.”

“The artist, and particularly the poet, is always an anarchist in the best sense of the word. He must heed only the call that arises within him from three strong voices: the voice of death, with all its foreboding, the voice of love and the voice of art.”

The historical, cultural, and physical landscapes of Andalusia had a profound influence on García Lorca’s dramatic world, but García Lorca’s work cannot be reduced to that arid milieu. Although infused by his native Granada, the richness of his writing comes as much from the traditions of earlier generations of poets like Góngora and Garcilaso, his period at Residencia de Estudiantes in the 1920s—with the two heroes of surrealism, Luis Buñuel and Salvador Dalí—his travels to New York and Cuba in 1929–30, and the pioneering work of his contemporaries like Ramón del Valle-Inclán and Manuel de Falla.

“If it may be handed down to men who will appreciate it, and penetrate to the villages and great cities, then though I should suffer a thousand mutilations, what regret should I have?”

Emperor Wudi had him castrated and such punishments often led officials to commit suicide but he decided to live on to complete his history. In his famous Letter to Ren An he explains, “But before I had finished my rough manuscript, I met with this calamity. It is because I regretted that it had not been completed that I submitted to the extreme penalty without rancor. When I have truly completed this work, I shall deposit it in the Famous Mountain.”

Jackson R. Bryer is Professor Emeritus, Department of English, University of Maryland. He has published widely on F. Scott Fitzgerald, including an edition of the love letters of F. Scott and Zelda Fitzgerald (Dear Scott, Dearest Zelda, St Martin's Press/ Bloomsbury 2002), and has been President of the F. Scott Fitzgerald Society since 1990. His is the editor of the Oxford World's Classics edition of This Side of Paradise.

Katelyn Phillips is a Marketing Coordinator at Oxford University Press.

A lesson in allegorical storytelling [podcast]