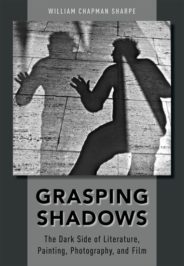 Grasping Shadows: The Dark Side of Literature, Painting, Photography, and Film

Although cast shadows lurk almost everywhere in the visual arts, they often slip by audiences unnoticed. That’s unfortunate, since every shadow tells a story. Whether painted, filmed, photographed, or generated in real time, shadows provide vital information that makes a representation engaging to the eye. Shadows speak about the shape, volume, location, and texture of objects, as well as about the source of light, the time of day or season, the quality of the atmosphere, and so on.

But as the famous example of Peter Pan’s amputated shadow reveals, shadows depicted in artworks can be arbitrarily shaped, placed, and even cut off by their creators. Therefore, beyond offering physical information, shadows have much to tell us on a social and psychological level. Consciously or not, whenever we see shadows we “read” them (and their creators’ intentions) in a cultural context that lends the shadows power or denies their substance, causing them to seem prophetic or threatening or willful or wispy. In the course of a dozen images, this timeline shows how some of the key meanings of cast shadows have developed over the centuries.

William Chapman Sharpe is Professor of English at Barnard College, Columbia University.  He is the author of Grasping Shadows: The Dark Side of Literature, Painting, Photography, and Film.