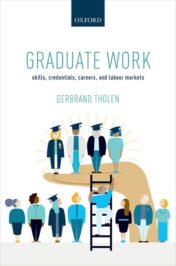 In the last few decades, few concepts have spoken to the imagination of economists like the ‘knowledge based economy’ or ‘knowledge economy’ within Western policy circles. There has been a consensus that Western economies have entered a phase in economic history called the ‘knowledge’ or ‘knowledge-based’ era. The brains of the workforce are thought to be the most important contributor to today’s wealth creation. Through technological progress, innovating activities, and knowledge creation, economic prosperity is accomplished. A knowledge-based economy relies primarily on the use of ideas rather than physical abilities, and on the application of technology rather than the transformation of raw materials or the exploitation of cheap labour. Knowledge is used, created, acquired, and transmitted throughout the whole economy, where it becomes a crucial element for the production of goods and services and economic development in general.

The concept of a knowledge society has a long history. From the 1960s onward, theorists have argued that the future of advanced capitalist countries is defined by the exploitation of knowledge and information. Scholars such as Peter Drucker, Daniel Bell, and Alvin Toffler argued that the knowledge-based revolution was to industrialisation what industrialisation was to the agricultural society. A large body of literature developed, emphasising the importance of knowledge and advanced formal education to fuel a knowledge-based economy.

Rather than employing manual workers, knowledge-based industries employ predominantly what have been called ‘knowledge workers.’ Within the academic literature this  refers to workers who can successfully transform and work with knowledge. The so-called knowledge elites are those professionals who can capture, exploit, and control knowledge and therefore will increasingly be powerful and influential. There exists a strong assumption within the knowledge economy discourse that existing work is also becoming more complex and thus skilled. Higher Education is seen as the crucial developer of skills and knowledge to perform knowledge work.

There have been numerous critiques against the idea of the knowledge-based economy and its assumptions, in particular by sociologists. Some have argued that the knowledge economy does not grasp the actual extent of which workers use knowledge in the workplace. Others have stressed that knowledge has not been the exclusive realm of a special professional group. All jobs require knowledge and there is no clear threshold to identify the intensity of knowledge in an occupation we think of as a knowledge work one. Knowledge has penetrated throughout the economy.

A knowledge-based economy relies primarily on the use of ideas rather than physical abilities, and on the application of technology rather than the transformation of raw materials or the exploitation of cheap labour.

During a three-year study, I have investigated the work of lab-based scientists in the biotechnology and pharmaceutical companies, software engineers, financial analysts and press officers. All four occupations are seen as examples of knowledge work ‘knowledge occupations’. The findings of the study support the scepticism about the knowledge economy discourse. The workers in the four occupations use a wide variety of knowledge and not just formal and abstract knowledge associated with formal learning. Most use ‘embodied knowledge’ which is practical and context-specific or ‘encoded knowledge’ such as rules and standards codified language and information distributed through members of an organization. Even within the work of scientists’ ‘thinking skills’ and drawing on abstract knowledge and deductive reasoning are not used for the majority of their day.

The study also found that the skills of graduate workers used at work are not dominated by, and can certainly not be equated with, ‘advanced’ thinking skills. Instead, the workers in the four graduate occupations use a wide range of skills, combining both hard and soft skills (working in tandem). Soft skills are often embedded in hard skills and knowledge. Hard skills and knowledge do not have a privileged status within the four occupations.

One of the perceived characteristics of knowledge workers is to work under conditions of relatively high autonomy and to, at the minimum, have the ability and opportunity to innovate products and processes. Although not in itself a skill, job control, the ability to decide how to do one’s work (and the pace at which to do it), influences how skills are exercised and how much scope exists for skill development. The case studies, which only examined workers’ subjective job control, indicate that most graduate workers generally perceive their own control to be high. Yet there does not seem to be anything specifically about their work that indicates the need or practice of high job control.

It is important to realise that the knowledge-based economy is not a neutral descriptive concept. It supports an ideological project that regards the development and application of so-called ‘human’ capital (the productive skills, individuals possess) as the answer to consistent productivity and prosperity problems, as well as issues of distributive justice. It is assumed that ongoing technological change has to be directly linked to a growing importance of technical skills and knowledge (developed through Higher Education). Yet in reality, the skills, knowledge, and abilities required to perform graduate roles are shaped by many other factors such as organisational and sector specific practices as well as job design and role interpretation.

Gerbrand Tholen is Senior Lecturer in Sociology at City, University of London. He is the author of Graduate Work: Skills, Credentials, Careers, and Labour Markets.