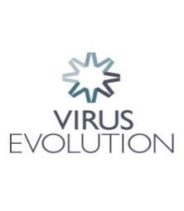 Virus Evolution is a new Open Access journal focusing on the long-term evolution of viruses, viruses as a model system for studying evolutionary processes, viral molecular epidemiology and environmental virology.

Politics and religion are always topics best avoided at dinner and it’s perhaps not too much of a stretch to add STIs to that list. But it was over dinner at King’s College, Cambridge that my colleagues Charlotte Houldcroft, Krishna Kumar, and I first started to talk about the fascinating relationship humans have with Herpes.

The Herpesviridae are a fascinating family of DNA viruses. Found across the animal kingdom in everything from humans to corals, mammalian herpes viruses date to around 180-220 million years ago and have split into three sub families: Alpha, Beta, and Gamma. The Herpes Simplex genus belongs to the Alpha subfamily as does the genus Varicellovirus (which in humans gives us chickenpox and shingles). As mammal species diverged, the herpes simplex virus went with them. If we fast forward to the present and take the primates as an example, each species of primate generally has their own unique form of herpes simplex virus. The word Herpes comes from the ancient Greek herpien meaning ‘to creep’ and a better description of the virus is hard to imagine. Through a combination of being highly infectious, periods of latency and teasing the body’s immune system, herpes is a superbly adapted group of viruses that look like they will be keeping humans company for a long time to come. The classic ‘tingle’ on the lips of an imminent cold sore is in fact herpes simplex virus reactivating within a facial nerve, to eventually emerge as a blister on the lips or around the mouth.

Humans are relatively unusual primates by any standard but also when it comes to herpes. While most primates only carry their own form of herpes simplex (e.g. ChHV in chimps & MHV1 in macaques) humans have two forms: HSV1 which causes cold sores and HSV2 which causes genital herpes. What’s interesting is that while HSV1 has co-speciated with humans, HSV2 is more closely related to chimpanzee herpes. A 2014 paper by Joel Werthiem and colleagues compared the phylogenies (family trees) of the viruses and their primate hosts and demonstrated that HSV2 jumped to the human lineage sometime between 3-1.4 million years ago but suggested no further refinements could be made. To us this was a challenge in the form of classic detective story and we began to design a way to try and identify the culprit. Or to put it another way ‘who did what to whom’!

Trying to reconstruct an event that happened millions of years ago obviously presents a number of issues as all studies that use fossil data are working with imperfect records of the past. When it came to unravelling the mystery of the extra herpes virus the problem was essentially to try and identify the route of transmission from the ancestral chimpanzee population to a hominin species we know is ancestral to Homo sapiens. Once HSV2 gains entry to a species it stays, easily transferred from mother to baby, as well as through blood, saliva, and sex. Since HSV2 is ideally suited to low density populations, because it causes a life-long, rarely fatal infection, genital herpes caused by HSV2 would have crept across Africa the way it creeps down nerve endings in our sex organs – slowly but surely.

We began by collating data ranging from fossil finds to genital herpes prevalence and ancient African climates. Data from palaeoclimate records served as a proxy for where the chimpanzees’ ancestors were during the time window (because fossils don’t preserve well in tropical conditions only one chimp ancestor has currently been found from around 500,000 years ago) and this formed our reservoir of HSV2. Climate fluctuations over millennia caused forests and lakes to expand and contract so layering climate data with fossil locations helped us determine the species most likely to come into contact with ancestral chimpanzees in the forests, as well as other hominins at water sources. Naturally there are a number of known unknowns here but we have taken care to control for variability in our analysis in terms of time and space. Our models then tested for the most likely route of infection and produced a suspect that we weren’t expecting. Paranthropus boisei (P.boisei), a heavyset bipedal hominin with a smallish brain and dish-like face, was identified as the culprit.

P.boisei most likely contracted HSV2 through scavenging ancestral chimp meat or coming in to conflict with chimps where savannah met forest – the infection seeping in via bites or open sores. Hominins with HSV1 may have been initially protected from symptomatic HSV2, which would have initially occupied the mouth (as it still does in some people today). That is until HSV2 adapted to a different mucosal niche located in the genitals. Close contact between P.boisei and our ancestor Homo erectus would have been fairly common around sources of water, such as Kenya’s Lake Turkana. The appearance of Homo erectus around two million years ago was accompanied by evidence of hunting and butchery. Once again, consuming infected tissue would have transmitted the virus – only this time it was P.boisei being eaten.

That we can use data from diseases to reconstruct events that are completely invisible to the archaeological and fossil records and well beyond the 400,000 year old age of the oldest ancient human DNA is what we find most exciting. The signals in the HSV2 virus are records of direct contact between the ancestors of us and chimps that we can tangibly now ‘see’ and gives us direct insight into the daily lives of our ancestors. Not a bad result from a herpes-themed chat over dinner.

Dr Simon Underdown is ​Senior Lecturer in Biological Anthropology at Oxford Brookes University.  His research focusses on the co-evolution of humans and disease and how patterns of human-disease interaction in the past can be used to reconstruct human evolutionary patterns and processes. ​He is especially interested ​in the role played by diseases in shaping the adaptive environment during human evolution and the impact of disease exchange during contact between hominin species. He is a member of council of the Royal Anthropological Institute (and was Vice President between 2012-2015), Chair of the Society for the Study of Human Biology and a Research Associate of the School of Anthropology and Museum Ethnography at the University of Oxford. Simon, along with Dr Charlotte Houldcroft and Dr Krishna Kumar, is a co-author of ‘Network analysis of the hominin origin of Herpes Simplex virus 2 from fossil data’ recently published in Virus Evolution. You can find Simon on Twitter @sunderdown.