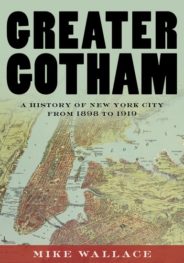 This 11 November is National Sundae Day. To celebrate, we’ve created four New York City–themed sundae recipes, inspired by Greater Gotham: A History of New York City from 1898 to 1919. Take a look at the recipes below and get a taste of NYC—no matter where you are in the world.

Embrace fall in New York with this apple-cinnamon sundae.

Named for Brooklyn’s iconic brownstone apartment buildings, this dish is perfect for hipsters and chocolate-lovers alike.

Like New York’s famous skyscraper, this sundae and its toppings stand tall.