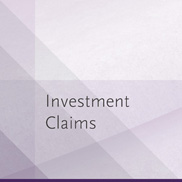 It became apparent quickly that Sir Hersch Lauterpacht’s quote was a good place to start – recent events have made abundantly clear that international law as a whole finds itself under increased strain to preserve the peace, never mind secure it. Yet, as the book discussion and the Summer Academy made clear, the task of securing the reign of international law by means of pacific dispute settlement is the more daunting when disputes do not involve classic state-to-state foreign policy entanglements. Seemingly more is at stake when such legal disputes pit states against non-state actors.

As the proceedings of the Summer Academy highlighted throughout, the delegates were highly skeptical of the introduction of a court as a sufficient or prudent means to address the current political resistance to investment arbitration. As a matter of political dynamics, it appears that much of the fire against investor-state dispute resolution is caused by the conclusion of instruments codifying rules for trade and investment law jointly. Investment chapters provide an easy target for a broader opposition to globalization and legal instruments facilitating it. The introduction of an investment court does not address this underlying opposition to globalization.

The Summer Academy also featured a discussion on counterclaims focused on two separate issues. First, the discussion addressed the jurisdictional basis for counterclaims. It noted that counterclaims were frequently dismissed on jurisdictional grounds due to the narrow nature of consents to arbitration in investment treaties. Delegates noted, however, that such a problem would not arise in the context of an arbitration premised upon a contractual consent to arbitration or a combination of a contractual consent to arbitration and treaty consent as was the case in the Perenco v. Ecuador and Burlington v. Ecuador decisions on the state’s counterclaim. Second, the delegates discussed whether broadly worded treaty consents on their own might be able to achieve a similar result.

“The reign of law, represented by the incorporation of obligatory arbitration as a rule of positive international law, is not the only means for securing and preserving peace among nations. Nevertheless it is an essential condition of peace.”

Sessions included concerns on the potential relevance of the Paris Agreement for investment arbitration. The delegates noted that climate change action by states might well impair existing energy and oil and gas projects. The delegates then considered how climate change regulation would be addressed in the absence of the Paris Agreement. It was noted that depending upon the Bilateral Investment Treaty (BIT), the issue might be dealt with differently – either by requiring a European proportionality analysis or a U style takings analysis. The delegates agreed that neither of these analyses as a matter of law would provide a complete defence to states against investment claims for the good faith enactment of climate change regulations.

The Academy asked the policy question of whether Investor-State Dispute Settlement (ISDS) was fast becoming a thing of the global south. The delegates noted that there was a significant backlash in developed economies against ISDS now that there was a real prospect that strong investment protections could create liability for developed states. The delegates suspected that this led some policymakers to express displeasure as, in their minds, investment treaties were intended to support the rule of law in developing economies rather than doing so in developed mature jurisdictions. The response therefore was to seek to recalibrate the ISDS system in such a way as to minimize the potential for such liability – all the while protecting outgoing developed state capital.

The penultimate session focused on remedies. It noted that remedies actually awarded in investor-state arbitration were significantly below the valuations of claims undertaken by arbitration claimants. It then looked to the significant annulment challenges drawn by the remedies portions of investor-state proceedings, particularly Mobil v. Venezuela, Tidewater v. Venezuela, and Occidental v. Ecuador.

The Summer Academy closed with a discussion of Antonio Parra’s second edition of the History of ICSID. The discussion highlighted the political climate in which the World Bank considered the need to introduce a facility for the resolution of investor-state disputes. Antonio Parra relayed the extraordinary vision and tenacity of ICSID’s “founding father,” Aron Broches, in the creation of ICSID.

As we are debating the future of ISDS, the Summer Academy brought back to mind that these are lessons we would do well to remember.

Diane Desierto is the Michael J. Marks Distinguished Professor at William S. Richardson School of Law, University of Hawaii and Co-Director of the ASEAN Law and Integration Center.

Ian Laird is Partner at Crowell Moring, co-chair of the firm's International Dispute Resolution Group, and is an adjunct professor at Columbia University School of Law and Georgetown University Law Center.

Frederic Sourgens is Professor of Law at Washburn University School of Law and Editor-in-Chief of Investment Claims.