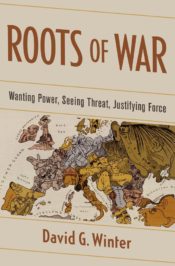 An American president, recently made aware of a new potential nuclear threat to US cities, declared that any nuclear missile launched against any nation in the western hemisphere would require “a full retaliatory response.” The chair of the House Armed Services Committee argued that the United States should strike “with all the force and power and try to get it over with as quickly as possible.” The US Air Force chief of staff asserted that “we don’t have any choice except direct military action.” Meanwhile, leaders on the other side accused the United States of “recklessly playing with fire” and “taking a step along the road of unleashing a thermonuclear world war.” Many Americans were frightened, and a White House counsel told his deputy to “find out all you can about the bomb shelter under the White House.”

Given the headlines about the nuclear and missile capabilities of North Korea, these statements may seem uncomfortably familiar. Actually, they were drawn from the Cuban Missile Crisis of October 1962, which one historian called “the most dangerous moment in human history.” Nevertheless, this crisis did not lead to World War III. In fact, within a week US President John F. Kennedy and Soviet Premier Nikita Khrushchev had moved decisively toward a compromise that met each leader’s essential needs: for Kennedy, the removal of the Soviet missiles from Cuba; for Khrushchev, an American pledge not to invade Cuba. When Khrushchev appeared to raise the stakes by demanding the removal of US Jupiter missiles based in Turkey to his original proposal, Kennedy’s advisors were strongly opposed. Kennedy, however, was determined to avoid war and so in a secret meeting with his more “doveish” advisors, he obtained their agreement the Turkey-Cuba “trade” as a secret codicil to the public agreement. That meeting, and that codicil, remained a well-kept secret for over 25 years, which led many Americans to believe—wrongly—that Kennedy had resolved the crisis by uncompromising determination and “standing tall.” (Over the next decade, that erroneous “lesson of history” would lead Lyndon Johnson—who was not at the secret meeting—to disaster in the jungles of Vietnam.)

…the Cuban Missile Crisis of October 1962, which one historian called “the most dangerous moment in human history.”

So what are the real lessons of the Cuban Missile Crisis? First, both leaders were very much aware of the consequences of misjudgment. As the crisis began, Khrushchev told the Communist Party Presidium that “we do not want to unleash a war, we only wanted to threaten them, to restrain the USA with regards to Cuba… The tragic aspect is that they might attack and we will repulse it. It might turn into a big war.” And at the height of the crisis, Kennedy remarked to his press secretary, “Do you think the people in that room realize that if we make a mistake, there may be 200 million dead?”

Second, both leaders were able to get outside themselves and consider the situation from the perspective of others. Early on, Kennedy acknowledged that most US allies “think we’re slightly demented on this subject [of Cuba].” And during the later discussion of whether the US should agree to remove the missiles in Turkey, he remarked that “most people will regard this as not an unreasonable proposal,” later adding that if it were rejected, “then I don’t see how we’ll have a very good war.” In a letter to Kennedy, Khrushchev urged that both leaders consider each other’s perspective:

“Just imagine, Mr. President, that we had presented you with the conditions of an ultimatum which you have presented us by your action. How would you have reacted to this? I think that you would have been indignant at such a step on our part. And this would have been understandable to us.”

Finally, both leaders were able to put aside concerns of “honor” and ignore pressure from their generals. When one general criticized Kennedy’s choice of a “quarantine” as “a pretty weak response” that “would lead right into war” and then taunted Kennedy that “You’re in a pretty bad fix at the present time,” Kennedy refused to take the bait, instead replying coolly that “You’re in there with me—personally.” Khrushchev later recalled that his military advisers “looked at me as though I was out of my mind or, what was worse, a traitor.” He then added haunting words of wisdom that echo down through the 55 years since the crisis: “What good would it have done me in the last hour of my life to know that though our great nation and the United States were in complete ruins, the national honor of the Soviet Union was intact?”

David G. Winter is a Professor Emeritus of Psychology at the University of Michigan, with a special interest in political psychology. He has carried out extensive research on power motivation, war and peace, political leadership, and authoritarianism in political life. He is the author of Roots of War: Wanting Power, Seeing Threat, Justifying Force.

A few bad apples: Stalin, torture, and the Great Terror