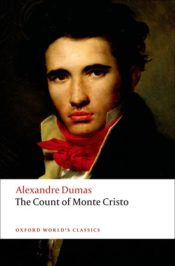 The Count of Monte Cristo

“Lock up your libraries if you like; but there is no gate, no lock, no bolt that you can set upon the freedom of my mind.” So wrote Virginia Woolf in her famous 1929 essay on reading and freedom, A Room of One’s Own. Earlier this year, a team of academics at Oxford University were invited through the locked gates of HMP Bullingdon, to attend one of the reading groups facilitated by the charity, Prison Reading Groups, held in the prison’s small library.

The visit formed part of our project, Unsilencing the Library: an exploration of how reading has mattered to people at different moments in their lives, and at different points in time. It began some miles away, in a Warwickshire art gallery and museum. Compton Verney, the former seat of the Verney family, was virtually a ruin by 1993. One room, however, retained its historic fittings, and a key decorative feature remained intact—a set of imitation books framing the room’s doorway.

This feature is remarkable not just for its survival, but for the story it tells us today. It was probably commissioned by Georgiana Verney, wife of the 17th Lord Willoughby de Broke, in around 1860. An accidental aristocrat, Georgiana never expected to be a Baroness. After her husband, Robert, died in 1862, she spent her remaining years founding schools, campaigning for the temperance movement, and promoting literacy in the community. She was also involved in the fight for women’s rights. Curiously; uniquely, the imitation books she commissioned are testament to this—for all of the authors on the book spines are women. And so, Georgiana’s visionary doorway continues to send out a very real message about equality of mind.

Funding from Oxford University allowed us to research the history behind the imitation bookshelves, and support from UK publishers allowed us to curate and fill the rest of the empty shelves in the room. Inspired by Georgiana’s “shelfie,” we set out to ask different people, and organisations, to suggest what to put on them. Actress and campaigner Emma Watson, broadcaster and gardener Alys Fowler, and writer Margo Jefferson all sent us lists of their favourite books. So did teenagers from a Warwickshire comprehensive, Kineton High School. And so did dozens of members of Prison Reading Groups.

Readers in prisons nationwide have shared some extraordinary choices, from tales of shipwrecks and smuggling to transformational self-help books, comic novels and cartoons. When we collated the nominations, we were struck by the popularity of one particular book: Alexandre Dumas’s The Count of Monte Cristo, which was nominated by a number of individual members of Prison Reading Groups. Serialised between 1844 and 1846, Dumas’s tale of wrongful imprisonment, courage, revenge and redemption has always been one of those books which seems capture readers. Like Sherlock Holmes, or Mr Pickwick, the Count is one of those characters who take a place in what W. H. Auden called our “mythopoeic imagination.” It’s as if such characters have a life beyond the book—a virtual reality of their own.  Prison librarians confirm that Dumas is among the most borrowed books in UK prisons. For former prisoner, Kerri Bloginder there’s “no explanation needed” as to why this might be so. But the explanations that lie behind our reading choices have their own kind of interest. In nominating Dumas, our contributors at Thameside and Wandsworth wrote as follows:

“I learnt myself 2 read and write—this was my first book that I understood—since then I’ve liked to read period books, especially Tudor and Regency times.”

“For: the romance that was lost, the heart that was broken, the friendship that was betrayed and the endless courage and passion for life, truth, loyalty and love! That’s why! One of the greatest classics!!”

“One of the greatest classics!!”

Alexandre Dumas now sits on the library shelf at Compton Verney, alongside the other choices by men and women in HMP Send, HMP Wormwood Scrubs and HMP Wandsworth. The English translation of Baudelaire’s Fleurs du Mal is found to its right, and The Hitchhikers Guide to the Galaxy to its left. On the shelf below, Adam, at HMP Grendon, has chosen Virginia Woolf’s Orlando, for its “provocative transgressiveness.” Woolf, he writes, offers us an “enlightened attitude to gender and sexuality decades ahead of its time. The attempts to capture the fleeting experience of the moment are so beautiful and ambitious. A quality read.”

We like to think that Georgiana would have approved.

You can visit the restored room and exhibition at Compton Verney Art Gallery and Museum from this June, and browse it on the supporting website.

Dr. Sophie Ratcliffe is a Fellow and Tutor in English at Lady Margaret Hall, and Associate Professor in Nineteenth Century Literature at the University of Oxford.

Dr. Eleanor Lybeck is a Lecturer in English at St Catherine’s College, University of Oxford.

Dr. Ceri Hunter is a Lecturer in English at Mansfield College, University of Oxford.