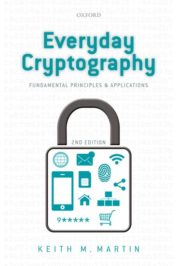 Chinese scientists have recently announced the use of a satellite to transfer quantum entangled light particles between two ground stations over 1,000 kilometres apart. This has been heralded as the dawn of a new secure internet.

Should we be impressed? Yes – scientific breakthroughs are great things.

Does this revolutionise the future of cyber security? No – sadly, almost certainly not.

At the heart of modern cyber security is cryptography, which provides a kit of mathematically-based tools for providing core security services such as confidentiality (restricting who can access data), data integrity (making sure that any unauthorised changes to data are detected), and authentication (identifying the correct source of data). We rely on cryptography every day for securing everything we do in cyberspace, such as banking, mobile phone calls, online shopping, messaging, social media, etc. Since everything is in cyberspace these days, cryptography also underpins the security of the likes of governments, power stations, homes, and cars.

Cryptography relies on secrets, known as keys, which act in a similar role to keys in the physical world. Encryption, for example, is the digital equivalent of locking information inside a box. Only those who have access to the key can open the box to retrieve the contents. Anyone else can shake the box all they like – the contents remain inaccessible without access to the key.

A challenge in cryptography is key distribution, which means getting the right cryptographic key to those (and only those) who need it. There are many different techniques for key distribution. For many of our everyday applications key distribution is effortless, since keys come preinstalled on devices that we acquire (for example, mobile SIM cards, bank cards, car key fobs, etc.) In other cases it is straightforward because devices that need to share keys are physically close to one another (for example, you read the key on the label of your Wi-Fi router and type it into devices you permit to connect).

Key distribution is more challenging when the communicating parties are far from one another and do not have any business relationship during which keys could have been distributed. This is typically the case when you buy something from an online store or engage in a WhatsApp message exchange. Key distribution in these situations is tricky, but very solvable, using techniques based on a special set of cryptographic tools known as public-key cryptography. Your devices use such techniques every day to distribute keys, without you even being aware it is happening.

There is yet another way of distributing keys, known as quantum key distribution. This uses a quantum channel such as line of sight or fibre-optic cable to exchange light particles, from which a cryptographic key can eventually be extracted. Distance limitations, poor data rates, and the reliance on specialist equipment have previously made quantum key distribution more of a scientific curiosity than a practical technology. What the Chinese scientists have done is blow the current distance record for quantum key distribution from around 100kms to 1000kms, through the use of a satellite. That’s impressive.

However, the Chinese scientists have not significantly improved the case for using quantum key distribution in the first place. We can happily distribute cryptographic keys today without lasers and satellites, so why would we ever need to? Just because we can?

Finally, let’s just suppose that there is an application which somehow merits the use of the one-time pad. Do the one-time pad and quantum key distribution provide the ultimate security that physicists often claim? Here’s the really bad news. We have just been discussing all the wrong things. Cyber security rarely fails due to problems with encryption algorithms or the ways that cryptographic keys are distributed. Much more common are failures in the systems and processes surrounding cryptography. These include poor implementations and misuse. For example, one-time pads and quantum key distribution don’t protect data after it is decrypted, or if a key is accidentally used twice, or if someone forgets to turn encryption on, etc. We already have good encryption and key distribution techniques. We need to get much better at building secure systems.

So, I’m very impressed that a cryptographic key can be distributed via satellite. That’s great – but I don’t think this will revolutionise cryptography. And I certainly don’t feel any more secure as a result.

Professor Keith Martin is a professor of information security at Royal Holloway, University of London. He is interested in cryptography and its applications, as well as broader geopolitical aspects of cyber security. He is the author of Everyday Cryptography: Fundamental Principles and Applications, Second Edition.