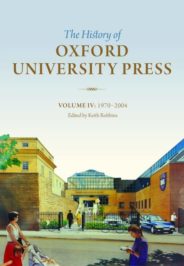 Once upon a time, it could be believed that each advance in communications technology brought with it the probability, if not the certainty, of increased global harmony. The more that messages could be sent and received, the more the peoples of the world would understand each other. Innovators have not been slow to advance comprehensive claims for their achievements. Marconi, for example, selected 1912 as a year in which to suggest that radio, in apparently making war ridiculous, made it impossible. Other pioneers have also been ambitious: the telephone, it was said, would facilitate global brotherhood (and no doubt sisterhood as well). ‘Nation shall speak peace unto Nations’ seemed the appropriate founding motto for the BBC in 1927. Decade after decade, subsequently, the claim has been repeated as each new technological advance appears.

The reality is rather different. An increased capacity to connect does not inevitably increase communication. The contemporary political world is awash with messages but, beyond simplicities, their content is ever harder to pin down. We are not sure where a line should be drawn between ‘news’ and ‘fake news’. Who is growing to draw it? Words in common currency in contemporary national and international messages leave the recipient bewildered. ‘Independence’ is a case in point. Advocates of Scottish independence wish such a Scotland to remain in the European Union. UK ‘Leavers’, however, thought that the United Kingdom could only regain its independence if it left the European Union. Fundamental words used in this debate — ‘country’, ‘nation’, ‘state’, ‘region’, ‘people’, ‘union’ — have conveyed different messages to different people.

It is not just the specific meanings of individual words that matters. It is the status and hegemony of a particular language. For example, speaking in French in Italy, the President of the European Commission, perhaps jokingly, recently suggested that the English language would lose ground in future — presumably in the European Union — after British withdrawal. On the face of it, such an assertion, deliberately provocative or not, was not implausible, given that the United Kingdom was by far the largest of the European Union member states using the English language domestically. He may, of course, be right. Yet the situation is more complex. It is not the least oddity of the present situation that the English language has deeply (though not of course exclusively) permeated the governing structures of the European Union. Indeed, a single European state, without Britain, could conceivably and sensibly use English as its language of government. To do so would build on the existing facility in the use of English amongst governing elites, sustain necessary communication with ‘the English-speaking world’, and user countries beyond it, and avoid potential acrimony about the status of German or French. It would be an alien language for all and not any longer the language of one major member.

Comparably, concerning the English language in the contemporary world, publishers too have to address cultural questions of utility and identity.

Comparably, concerning the English language in the contemporary world, publishers too have to address cultural questions of utility and identity. It is question for Oxford University Press above all. It is a UK publisher, anchored in an English university (albeit significantly cosmopolitan in composition) publishing in English (though not only in English) but reaches out into the world. Its readers and authors, variously, may want to learn English or to use English, whether in countries where it functions at particular levels and in certain milieux or where it is the language of the people (with some difference in vocabulary and pronunciation). It is this complexity in its markets which makes it impossible to characterize all OUP’s books straightforwardly. Yet if they cannot be characterized at all then the imprint would lose its identity and credibility. The Press would have failed. It is a matter, therefore, of managing messages, of recognizing diversity in countries and cultures and the needs of particular audiences, while also upholding standards of production, presentation and content which go beyond the local and are acknowledged, so far as agreement on them is possible, to be international.

Such a ‘dual mandate’, to borrow a term from past British imperial practice in Nigeria and elsewhere, is always contentious. Blending language use, ‘fairness’, cost, and bureaucratic and government convenience, is never easy, even within the contemporary United Kingdom. The continuing hegemony of a particular language, however it has come about, may induce resentment and relate to a past lingering into the present. That language may nevertheless be the only effective means of communicating within an emerging or established state. There are here deep questions which have long been argued over. We may conclude, however, that while academic books, in sending messages across the world can certainly not guarantee that ‘Nations shall speak peace unto Nations’ we may modestly yet hopefully claim that they don’t make matters worse.

Keith Robbins is a modern historian and former vice-chancellor, and has published widely on British foreign policy, international relations, British domestic politics and religious history in the nineteenth and twentieth centuries. Amongst his OUP publications are The First World War, Nineteenth-Century Britain: Integration and Diversity, England, Ireland, Scotland, Wales: The Christian Church 1900-2000. He is also the author of Transforming the World: Global Political History since World War II (Palgrave, 2012). He is the editor of The History of Oxford University Press: Volume IV, 1970-2004 (OUP, 2017).