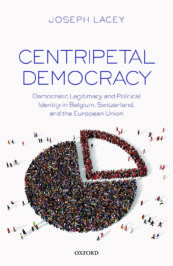 In 2006, the political scientist Lieven De Winter pronounced “overdose of success” as the cause of death of the Belgian autonomist party, the Volksunie (People’s Union). This party was defined by its fight for the creation of a Belgian federal state – a major devolution of powers from the central government to regional authorities.

The Volkunie was a perpetual thorn in the side of mainstream political parties since its first significant parliamentary gains in the 1960’s. Over time, electoral pressure from the Volksunie led to mainstream parties gradually adopting their own versions of a devolutionary agenda. After four successive state reforms from 1970-1993, each one handing more power to regional authorities, Belgium finally proclaimed itself a federal state.

Its political mission achieved, the Volksunie faded significantly in the polls, while its members lost a sense of purpose. It was left for dead in 2001. Some of the more moderate members found comfortable refuge in mainstream parties, while a faction of radical autonomists for whom devolution was never enough helped breathe life into a new party, the N-VA (New Flemish Alliance).

The N-VA would not make the mistake of being a one-issue party, developing instead a comprehensive and distinctive socioeconomic platform. Yet a cornerstone of its policy programme was to take the Volksunie agenda even further and seek out the complete secession of Flanders from Belgium. Traditional parties have refused to usurp this agenda, maintaining commitment to a unified Belgium. With a meteoric rise in the polls, the N-VA is now the largest party in Belgium and in a governing coalition.

Death by overdose of success?

The trajectory of the United Kingdom Independence Party bears some striking resemblances to the rise and fall of the Volksunie.

UKIP’s driving goal has always been for the UK to leave the EU. Its anti-immigrant rhetoric, concretely translating into a demand for full national control over migration policy, folded nicely into the case for leaving the EU and its free movement regime.

The party dramatically increased its vote share in local, national and European elections on virtually every occasion since it first contested elections in 1994. While this resulted in just one seat at Westminster in 2015, UKIP gained 150 local seats in 2013 and became the biggest British party in the European Parliament in 2014.

This increasingly intense electoral pressure only partly impacted on mainstream parties initially, primarily by emboldening UKIP-sympathizers in the Conservative Party to raise the question of EU membership and growing migration numbers more vocally. By 2010 the Conservative Party was attempting to draw the anti-immigrant vote away from UKIP, with an electoral pledge to drastically reduce net migration to the tens of thousands. Failure to execute this policy when in government did little to stem the onward march of UKIP.

Not wishing to adopt an anti-EU position, Conservative Prime Minister David Cameron’s decision to hold a referendum on EU membership was widely seen as a party-political gamble. Should he convince the British people to remain in the EU, it was expected, internal dissent among Euro-sceptical Conservatives would run silent and UKIP would be discredited to the extent that it failed to convince voters on its core policy issue.

The eventual decision of the British people to leave the EU on 23 June 2016, in an advisory referendum, effectively turned withdrawal from the EU into the de facto policy of both the Conservative and Labour parties.

Although the UK is not yet out of the EU, and the terms on which the exit will take place are not clear, UKIP’s mission is widely perceived as complete. In the May 2017 local elections, it lost all of its local seats and its national vote share collapsed in this month’s Westminster elections.

The only venue where UKIP’s voice continues to have a strong presence is the European Parliament. All of these seats will vanish with Brexit in 2019.

But is it premature to write UKIP’s obituary as it appears to overdose on its own success, muck like the Volksunie? And is there the political space for a new and more sophisticated movement to emerge from its ashes, analogous to the N-VA’s development?

A resurgent UKIP, or a new and more durable offshoot party, is not a very strong possibility in the near future. A ‘soft’ Brexit combined with a possible failure to significantly reduce immigration numbers could give new impetus for some to continue the fight for a deeper severing of ties from the EU and a more restrictive migration policy.

Yet the challenge of doing this will be greater than before.

First, UKIP, or its successor, would no longer be able to rely on the visibility it gained from representation in the European Parliament. Instead, it would have to rebuild its local support from scratch and do far better in national elections than it was ever before capable.

Second, a ‘hard’ Brexit or extreme immigration policy is by no means universally preferred by those enthusiastic to leave the EU. Many previous UKIP voters defected to the Labour Party, known for its more moderate position on Brexit and immigration, in the June 2017 national elections. This suggests that, with some kind of Brexit guaranteed and a tightening of migration policy likely under any government, a large portion of Euro-sceptical voters now feel free to use their vote for selecting parties on the basis of more ordinary domestic issues.

Third, the new UKIP would have to contrast itself with a different kind of Conservative Party, one that has proved increasingly ready when under enough electoral pressure to undermine UKIP support by embracing its main policy goals.

An unlikely lifeline remains that could save UKIP, or transform it into a more durable movement. Progress towards a soft Brexit may lead to the defection of some hard-line Euro-sceptic MPs from the Conservative Party to form an alliance with what remains of the UKIP base. Such an infusion of experienced and electable party politicians could provide the impetus for an invigorated and more sophisticated multi-issue right-wing movement in the UK. And with its more radical members gone, the Conservatives would find it difficult to match this emergent right-wing agenda, making the new movement genuinely distinct.

UKIP may be on life support, and very likely dead in the not too distant future, with low prospects for revival. But in these times of political surprises, the obituary must be postponed.

Joseph Lacey is Junior Research Fellow in Politics, University College, Oxford. He is author of Centripetal Democracy: Democratic Legitimacy and Political Identity in Belgium, Switzerland and the European Union.