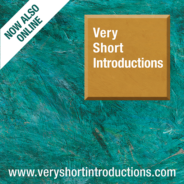 Prime numbers have now become a crucial part of modern life, but they have been fascinating mathematicians for thousands of years.

A prime number is always bigger than 1 and can only be divided by itself and 1 – no other number will divide in to it. So the number 2 is the first prime number, then 3, 5, 7, and so on. Non-prime numbers are defined as composite numbers (they are composed of other smaller numbers).

Prime numbers are so tantalizing because they seem to be in never ending supply, and are distributed somewhat randomly throughout all the other numbers. Also, no-one has (yet) found a simple and quick way to find a specific (new) prime number.

This got us interested in learning more about primes, so we’ve collected together some facts about these elusive numbers: