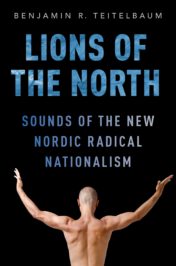 Lions of the North: Sounds of the New Nordic Radical Nationalism

Conjecture and supposition tend to dog public figures who avoid the press. But the attention paid to Trump’s embattled Chief Strategist Steve Bannon is uncanny. Bannon’s reluctance to speak with the media—combined with a steady stream of commentary on him from anonymous associates and friends—is fueling speculation about his agenda and ideology. Adding to the frenzy are reports of Bannon’s eccentric reading habits that are forcing journalists and lay readers to explore bizarre and enigmatic literatures few have experience interpreting. Most notably, New York Times writer Jason Horowitz highlighted Bannon’s reference to an esoteric ultraconservative with complicated ties to Italian fascism and Nazi Germany named Julius Evola. In this and similar instances, hyperbole about Bannon flourishes, all while potential for real insights about his thinking goes unnoticed.

Let’s focus on Julius Evola. He is a figure who today is “referenced more than read” according to John Morgan, former editor and director at Arktos Media—the press responsible for most recent English-language translations of Evola’s work. That seems true of both of the Italian thinker’s avid followers, as well as of Bannon. We have only one piece of evidence suggesting that Bannon knows of Evola. During a 2014 speech he gave to a group assembled at the Vatican, he was discussing Vladimir Putin (in unfavorable terms) and moved to describe the Russian president’s alleged ideological adviser, Alexander Dugin, as a figure “who hearkens back to Julius Evola and different writers of the early 20th century who are really the supporters of what’s called the traditionalist movement, which really eventually metastasized into Italian fascism.”

That’s it. In no way does the comment suggests that Bannon is well-versed in the Italian thinker’s writings. Instead, Bannon’s suggestion that Evola and like-minded thinkers established an ideological foundation on which WWII fascism grew shows that he knows little about Evola or the history of fascism. The absence of substantive reference to Evola in Bannon’s statements has not tempered commentary, however. Evola’s writing includes unmistakable racism, and contemporary white nationalists and mainstream journalists alike look to him when linking Bannon with racism. True to form, the Italian thinker’s concept of race was arcane and inconsistent, declaring—in contrast with National Socialists—that race might “be differentiated in an individual’s body, soul, and spirit.” His thinking repelled prominent racists and anti-Semites during the fascist era: Guido Landra, racial theorist under Mussolini, claimed Evola’s concept of race would “certainly be of exclusive benefit to the Jew,” and documents on Evola prepared by Heinrich Hilmer’s S.S. staff labeled him a “pseudoscientist” with the potential to cause “ideological entanglements” in the Third Reich. Nonetheless, his references to Aryanism, contempt for Africans and Jews, and fetishizing of segregation drew him the adoration of future generations of fascist sympathizers.

So too did Evola’s hatred for Christianity. He regarded the Levantine religion as a perverting force in Europe—one that undermined entrenched masculinist ideals and promoted an embryonic form of liberal egalitarianism at the expense of traditional hierarchy. To regain past European virtues, Evola advocated a return to pre-Christian Indo-European paganism while also showing sympathy for Islam and Buddhism. His anti-Christianism resonated, not only with German Nazism, but also neo-paganist strains in the contemporary far right. But his adoption by such forces was limited: he regarded fascism, National Socialism, and nationalism at large as sentimental populism—movements for the masses inadequate to forge the hierarchical society he coveted.

Is this the stuff of Bannonism? Hardly. Bannon famously identifies himself as an economic nationalist and a populist striving to undo elitism. Born to an Irish Catholic family, his worldview also involves fighting on behalf of a “Judeo-Christian west” opposite radical Islam. More intrigue surrounds his attitudes toward race and Judaism: In legal proceedings following Bannon’s trail for domestic abuse and battery in 1996, his former wife accused him of making anti-Semitic statements in private. But there are no serious indications that he partakes of the theorized racism or anti-Semitism one finds in Evola. On the contrary, Bannon spent part of his speech to the Vatican assembly urging European nationalist parties to drop their racialized agendas in favor of a culturally and religiously based nationalism.

Linking Bannon to Evola’s most sensational thinking requires a great deal of strain, and we shouldn’t be surprised that journalistic attempts to do so unravel into games of six-degrees-of-separation. But what is most unfortunate about this commentary is that, while pursuing elusive silver-bullet ammunition, it pays scant attention to actual lessons that can be learned from Bannon’s interest in Evola however dilettantish it may be. For in the obscure Italian thinker’s concept of history we find replication of a theme common to other authors who Bannon is known to read and recommend.

In a Politico article, Eliana Johnson and Eli Stokols explore Bannon’s purported admiration for writers such as William Strauss, Neil Howe, Nassim Taleb, Curtis Yarvin, and Michael Anton. These authors share, in the words of the Politico journalists, “the view that technocrats have put Western civilization on a downward trajectory and that only a shock to the system can reverse its decline.” And if that is the feature uniting Bannon’s reading and informing his agenda, it is most likely to have also drawn him to Evola. Evola referenced a wide body of religious traditions to argue that western society is decaying, and claimed that the rise of liberal modernity aligns with what Hinduism calls the Kali Yuga, or the dark age—the final in a four-age time cycle where spirituality is replaced with materialism and the structures and hierarchies that previously ordered societies disintegrate into a leveled (or egalitarian) social chaos. Evola would eventually embrace the fatalism inherent in this concept of history, anticipating that nothing could stop the destruction of the Kali Yuga and that its full realization could bring a fiery end to liberalism and reset the time cycle to a golden age. Earlier in his life, however, Evola believed that societies could rally against the cycle through will and industry; he supported fascism with the hope that its militaristic ideals and aesthetics signaled a retreat from liberal values, and that it might someday be imbued with spiritual content, returning society to virtue and righteousness.

That sounds more like the Bannon we are coming to know. Far from introducing new perspectives, his reference to Evola adds to existing impressions. It provides additional suggestion that Bannon operates with an apocalyptic vision for western society and a will toward radical change. One wonders, in that case, whether his activism is that of the older Evola—a fatalistic, anti-activism–or that of the younger; a man raging, with reckless optimism, against time.

Benjamin R. Teitelbaum earned his Ph.D. in ethnomusicology from Brown University in 2013. He is Assistant Professor of Ethnomusicology and former Head of Nordic Studies at the University of Colorado, Boulder, and has been affiliate faculty in Music and International Affairs since 2012. His research focuses on western ultraconservatism, music in the Nordic countries, and music and politics. He is the author of Lions of the North: Sounds of the New Nordic Radical Nationalism.

The worrying ideology that helps Trump’s new friendship with Brazil