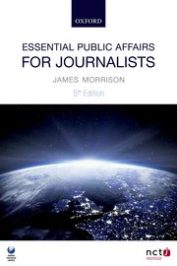 Was there ever a more hollow and impotent piece of legislation than the UK’s Fixed Term Parliaments Act? Trumpeted by the Conservative-led coalition as a way of stopping opportunist prime ministers ever again calling snap elections to capitalize on hefty poll leads – by complicating simple confidence votes in ways that prompted Labour to condemn it as a constitutional “stitch-up” – within six short years of receiving Royal Assent it has proved itself wholly incapable of doing any such thing. When it suited David Cameron to build a protective cordon around his unholy alliance with the Liberal Democrats, the Act was a useful confection: a road-block solid enough to stop either partner provoking an early return to the polls, by swerving out of the ministerial motorcade in a petulant huff. But the fact it could be so casually swept aside as soon as the Tories’ stars were back in the ascendancy – like a trifling traffic cone in the residents’ parking bay otherwise reserved for them outside Number 10 Downing Street – shows it wasn’t worth the statute-book it was written on. We should repeal this zombie law at the earliest opportunity.

To understand why the 2011 Act has proved so unfit for purpose requires us to unpick both the half-baked ‘rules’ it supposedly enshrines and the psycho-historical factors that make them so incompatible with the ingrained rhythms and routines of Westminster realpolitik. To begin with the nuts and bolts, section 1 (3) of the Act states that the polling day for each parliamentary election “is to be the first Thursday in May in the fifth calendar year following that in which the polling day for the previous parliamentary general election fell”. The Act stipulates that the only circumstances in which elections may be called prematurely are if either the House of Commons passes a motion in which the “number of members who vote in favour” of dissolving Parliament is “greater than two-thirds of the number of seats in the House” (s.2 [1]) or MPs back a vote of no confidence in the sitting government and 14 days elapse without any administration gaining – or regaining – that confidence (s.2 [3-5]).

So far, so watertight? To assume so is to naively underestimate just how intransigent our hallowed “mother of all parliaments” has become about the way it does business – and the delusional tribalism of the party system it engenders. As Richard Grossman rightly observed in a commendably understated OUP blog post on 3 May, given polls suggesting Labour could lose nearly one in four of its seats on 8 June, its “overwhelming support” for a snap election in the Commons vote authorizing Theresa May’s call to arms was (to put it mildly) “puzzling”. Yet in retrospect, and given past form, why should any of us be surprised? On the face of it, the robotic complicity with which Labour backbenchers – in large number, despairing about Jeremy Corbyn’s prospects of leading them to victory – trooped into the lobbies to rubber-stamp dissolution did look like an electoral suicide pact. Not so much turkeys voting for Christmas as sheep herding themselves off a cliff.

But to dismiss their actions as mere misguided folly is to misread the DNA of Westminster’s deeply embedded, centuries-old adversarial politics. Sure, there was plenty of open dissent from Corbyn’s critics when he and his then campaign chief, Jon Trickett, put Labour on an “election footing” after the 2016 Brexit referendum. At that time, with an incipient coup simmering, Labour backbenchers had every reason to hope that holding off to 2020 (or even 2017) might save their party – and, more to the point, their seats. Fast-forward nine months, though, and, for all the ongoing back-chat, tribal Labour had reverted to type.

With tails-up Tory strategists calling their leader’s bluff, the time for fratricidal power-games had passed: suddenly, the real enemy was back in sight, and hard-wired loyalty to (red) flag, fuelled by dewy-eyed dreams of conquest, trumped whatever doubts they might have held about the general heading their charge. For Corbyn himself, backing out was even less of an option: already mocked for his insipid leadership, how weak would he have seemed if he’d ducked the chance to bring a hated foe baying to its knees ahead of time? Ultimately – and no matter how forlorn the hope – two-party tribalism won out as the wistful warriors donned rusted armour to trudge back into battle. And, lest we dismiss either Corbyn’s or his MPs’ calculations as a distinctively Labour shade of masochism, do we really suppose that – faced with the same dilemma – the Tories would have acted any differently?

If truth be told, fixed-term parliaments never had the slightest chance of succeeding in Britain. Viewed in hindsight, the 2011 Act contains such gaping get-out clauses that it could only ever have been the product of a system in which a blinkered obsession with sword-to-sword parliamentary combat – and majoritarian rule – were entrenched. The sad, and rather shameful, truth is that so few pundits or political anoraks (this one included) saw this coming.

James Morrison is Reader in Journalism at Robert Gordon University. He is also the author of Essential Public Affairs for Journalists (5th ed. OUP, 2017).