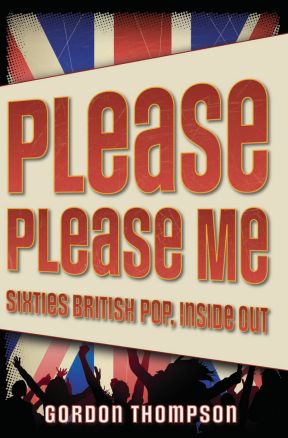 On Friday, 19 May 1967, British newspapers carried the announcement that the British Broadcasting Corporation had chosen the Beatles to represent the UK in the first global television broadcast. A spokesperson, explaining the BBC’s choice for the Our World telecast, commented that the band members represented “the best of their kind” and that the Corporation saw them as “particularly British.” However, at the release party for Sgt. Pepper’s Lonely Hearts Club Band that same Friday night as the announcement, the Beatles learned that the BBC had banned one of the tracks on the album.

An internal memo reveals the Corporation had decided not to broadcast “A Day in the Life” because it believed the song “could encourage a permissive attitude to drug-taking.” They offered no specifics, but did distribute that language to the press. Paul McCartney—guessing at what had triggered the action—protested that the middle of the song concerned smoking a cigarette, nothing more. A week later, Lennon sarcastically noted the multiple possible interpretations of the phrase “turn you on” and insinuated that the BBC had been looking for a problem. Political and social forces at play that year contributed to the showdown between Britain’s most-celebrated musicians and the national radio network.

Associate Director of Sound Broadcasting Richard Marriott had been advocating for an increase in recorded music programming over live orchestral music (earning the wrath of the Musicians’ Union). Aware of the gains that the pirate radio stations had made in drawing listeners away from the BBC’s programming, he sought to counterbalance that success. His generation of broadcasters may have had little love for pop music, but they recognized and feared the infringements on their monopoly. Nevertheless, they had their standards.

A few weeks earlier, a station manager in Los Angeles believed he had heard a heroin reference in the song, around the same time that in Britain Mick Jagger, Keith Richards, and Robert Fraser were arraigned in court on charges of drug possession. As for the Beatles, the condemnation by American Christian fundamentalists of John Lennon’s comments about Jesus and the failure of the band’s last single (“Strawberry Fields Forever” and “Penny Lane”) to top British charts suggested to some individuals that the fab four had lost their popular protection. With recent electoral wins by Conservatives and the near collapse of the British economy the previous year, columnists opined that the Labour Party’s program of liberalization was in jeopardy. The BBC would have wanted to be on the right side of the trend.

For their part, the Beatles had increasingly been making clandestine references to sex and drugs in their songs, hiding the meanings in plain sight behind words that bureaucrats had yet to understand. However, Lennon had begun “A Day in the Life” as an elegy on the death of their friend Tara Browne, reflecting on a newspaper article he had read about the accident that had killed the twenty-one-year-old Guinness heir. The style of writing that he had adopted in response to Bob Dylan’s lyrics had come to rely on wordplay and obscure metaphors, an aesthetic decision that encouraged listeners to project their own meanings.

In the case of “A Day in the Life,” BBC bureaucrats reached their own interpretations and, after a flurry of self-congratulatory internal memos about timing and moral correctness, Director of Sound Broadcasting Frank Gillard informed record companies of the BBC’s intention to be more vigilant in these matters. Today, we may believe the decision to ban the recording represents an example of misguided paternalism, but in an era when the press finds itself under attack, “A Day in the Life” should remind us of the inclination of some to censor art.

Gordon Thompson is Professor of Music at Skidmore College. His book, Please Please Me: Sixties British Pop, Inside Out, offers an insider’s view of the British pop-music recording industry. He is also a contributor to The Oxford Handbook on Music Censorship.