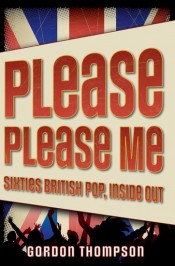 Forty-five years ago, in the spring of 1966, as swinging London and its colorful denizens attracted the attention of Time, the publishers of an American teen magazine found part of a recent interview with John Lennon to be of particular interest. A rapid disintegration ensued of the complex identity that the Beatles management, the media, the fans, and even the musicians themselves had constructed, setting in motion a number of dark forces.

After a short promotional tour in late 1965 (about which the British media complained they lacked access to the fab four), the Beatles took time to refresh and to re-imagine their repertoire. Lennon, for his part, retreated to the lethargy of his home in suburban Weybridge, Surrey until journalist and friend Maureen Cleave interrupted his reverie. Cleave interviewed each of the Beatles for a series of profiles in London’s The Evening Standard and the loquacious Lennon ruminated extensively on a variety of topics ranging from “lunch” to religion. For most of the conversation, the Beatle laments his increasingly meaningless possessions (e.g., a gorilla suit), even as he exhibits them, and predicts that he would not live much longer in his neighborhood of stockbrokers, business executives, and private estates. Musically, he reveled in Indian music, playing a disk for the interviewer until he disappointedly realized that she had little interest in or tolerance of the art: “You’re not listening, are you? It’s amazing this—so cool.”

He moved on from that topic, ruminating about books he had been reading. In the profile, Cleave describes Lennon’s well-stocked library, his interest in history (notably Queen Boadicea and the Celts), and, in particular, the history of religion. His reading about the variety of humankind’s beliefs in the sacred led him to an understanding of how ideas had come and gone over time. Notably, he sensed that Christianity, like other religions, had contributed good ideas, but that something else would eventually replace it too. To that end, Lennon asserted, “Christianity will go…  It will vanish and shrink.” As his proof, he added that currently the Beatles were “more popular than Jesus.” Moreover, in reflection, he noted that even rock ‘n’ roll would disappear.

His comments hardly surprised his friends. In the wake of the Second World War, their generation had openly questioned the received wisdom of the existence of a supreme deity, even as they sometimes embraced exotic alternatives. Attendance at British churches had dropped precipitously in the postwar years and, by the sixties, these institutions fought a losing ideological battle with sports events and the cinema. For the Beatles, their student conversations in Liverpool and debates with their existentialist college friends in Hamburg had shaped a humanist worldview. Teenage fans in North America, particularly in the Southern United States, commonly held a rather more innocent and insular view of religion.

Marketers and the Beatles management had long played on audience naiveté and the Beatles had been part of the game. From the very beginning of his relationship with the band, manager Brian Epstein had sought to shape their image through clothing and media appearances. The films A Hard Day’s Night and Help! had portrayed the Beatles as madcap comedians romping in a world where flirting substituted for sex and only aberrant religion posed problems. And if these film depictions of the band eschewed depth, the Beatles cartoon series that had debuted on 25 September 1965 confirmed these one-dimensional depictions. Thus, with the band a blank slate, every fan could project his or her own interpretation of who the Beatles were and could fantasize about the band playing at their high-school dance or visiting birthday parties. Anything was possible.

Almost from the beginning of Beatlemania, politicians had tapped the Beatles’ polysemic image for their own benefit, parading the band through towns and displaying them on balconies. Religious leaders were similarly not above referencing the fab four in an attempt to attract parishioners. The Beatles themselves were aware and complicit in the farce, protecting their private lives and restraining themselves in press conferences. Better to act the fool than to tell an interviewer what you really thought. Cleave let some of that mask slip to reveal a thoughtful Lennon who questioned the value of his privileged existence and the divinity of Jesus.

When the teen magazine Datebook published excerpts of the interview later that summer on the eve of the Beatles US tour, it displayed the passage “I don’t know what will go first—rock ‘n’ roll or Christianity” as one of several quotes on the cover and as the title of the article inside. Soon, two radio stations in America’s south saw the marketing possibilities of the statement and banned Beatles recordings before moving on to displays that offered theatrical possibilities. Initially, the tempest that swirled around Lennon’s comments had the intended effect of focusing attention on the self-righteous conservatives who burnt Beatles records in scenes reminiscent of Nazi Germany’s book fires. More seriously, members of the Ku Klux Klan picketed performances and threatened violence, sending manager Brian Epstein into a frenzy and the Beatles into disbelief. Lennon gave the impression of a deer in the headlights at a Chicago press conference on 11 August as he tried to satisfy a press corps that smelled blood, saying, “I still don’t know quite what I’ve done.”

Years later, the worst would come to pass when a deranged gunman assassinated Lennon, in part over how Datebook had sensationalized the musician’s comments about religion. As in other recent examples, those who sought to benefit by twisting shallow interpretations of reality to stir hatred in minds of the gullible probably felt little culpability.

Gordon Thompson is Professor of Music at Skidmore College. His book, Please Please Me: Sixties British Pop, Inside Out, offers an insider’s view of the British pop-music recording industry.