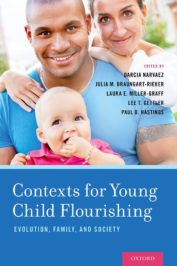 The movie Moonlight, best-picture Academy Award winner in 2017, was described as epitomizing resilience, a common focus in psychological circles. After experiencing bullying from peers for years and a neglectful and emotionally abusive home life throughout childhood, the main character, Chiron, as an adult forgives his drug-addicted mother when she apologizes to him and he reconnects with his only childhood friend. He was no longer in prison but is a “business man,” a drug dealer. Many would call this resilience. Resiliency is the ability to ‘bounce back’ from significant stresses such as poverty, divorce, and abuse. But we should ask: bounce back to what?

Certainly we should be happy that kids from “at risk” environments graduate from high school and do not end up in prison for life. But is this enough to aim for? We may not score their life outcome as minus 5 (on a -10 to +10 scale), but Chiron’s life outcome does not warrant much more than a zero. Why? Because his intelligence, unique gifts, and potential were not fostered (which would go on the plus side of zero). Worse, he is hardly prepared to be a citizen who can tackle the many crises facing humanity and the planet.

Both psychologists and the general public have lowered their standards for what counts as a good outcome for children.

The slippage in expectations for child outcomes in “at risk” environments (and even in non-risky environments!) represents one of several interrelated shifting baselines regarding wellbeing and a good life.

The first shifted baseline is lowered expectations for raising children generally. Though every animal—including humans—has a nest for its young, this is largely forgotten in nations like the United States. The evolved nest for young children minimally includes soothing perinatal experiences (no separation of baby from mother, no painful procedures); responsiveness to infant needs to prevent distress; extensive on-request breastfeeding; extensive positive (no negative) touch and holding; positive climate and social support for the mother, the child, and the dyad, including multiple responsive familiar caregivers; and self-directed social play. Each of these characteristics has known neurobiological effects on the child.

“Both psychologists and the general public have lowered their standards for what counts as a good outcome for children.”

And they influence children’s thriving and sociomoral development.

As you may have noticed, these things are rarely provided to children in the United States. In fact, instead of providing the nest of care that humans evolved to need, the culture’s focus is on minimal provision. Communities do not support families to provide much else. And cultural narratives justify this minimal care routinely (“don’t spoil the baby;” “teach the baby independence”). Instead of understanding that babies need intensive support, children often seem to be considered bags of genes in need of strong external controls to keep them from taking over a parent’s life. But the fact is that humans are largely shaped after birth, with greater epigenetic effects (genes “turned on” by experience) than for any other animal, with lifelong implications for health, sociality, and morality.

The second slippage is lowered expectations for children’s biopsychosocial wellbeing. Members of nations like the United States often expect children to be selfish and aggressive, needing coercion and control—the unsurprising results of a degraded early nest. Denying young children satisfaction of their needs through nest provision is a form of trauma—it makes for toxic stress when neurobiological systems are self-organizing around experience.

The third slippage is lowered expectations for adult biopsychosocial wellbeing and morality. Just as with “un-nested” children, we expect adults to be selfish and aggressive. Instead of demonstrating self-governing virtue, un-nested children and adults require external rules and sanctions to behave well. Again, because troublesome adults are expected, it is not a surprise when they lie, cheat, and grab resources for themselves.

The fourth slippage is lowered expectations for the culture. Un-nested adults create a society like the one they experienced, only worse. Poor parenting gets worse over generations and it may be that cultures do too, largely because of the missing foundations for flourishing that the evolved nest provides. The effects cascade and snowball over generations. The culture rationalizes the poor behavior as evolution’s fault (“selfish genes”) or flawed human nature (“original sin”), with the resulting belief that “there is nothing we can do.”

However, there is something to be done. Humanity has a long history of providing the evolved nest to their young with resulting flourishing outcomes. Nomadic foragers represent 99% of human genus existence and their recurring patterns of behavior have been studied by anthropologists. They provide a better baseline for understanding what is normal for a human being and how providing the nest influences personality and human nature. These societies are still found all over the world and have been well described by anthropologists and others as largely peaceful, content, and at ease with living sustainably on the earth. They show what happens when communities provide the evolved nest: children and adults with high sociality, wellbeing, cooperative and communal capacities, accompanied by a culture that provides for basic needs. Charles Darwin noted that such societies demonstrated the evolved “moral sense,” whereas his male British compatriots not so much. The type of moral self one develops may depend on the evolved nest.

Instead of only focusing on survival within high-risk environments, a crisis mentality, what our culture needs now are visions of optimal flourishing. We need films that depict species-typical flourishing—i.e., what children, adults, and cultures are like when communities provide children with the evolved nest. If such children are impossible to find, then it is a signal that psychologists, parents, and communities have work to do—in changing their ideas of what to aim for and in helping communities provide the evolved nest. We can move past maintaining low expectations and aim for optimizing every child’s unique gifts.

Darcia Narvaez, PhD, is Professor of Psychology and Director of the Evolutionary Developmental Morality Lab at the University of Notre Dame. She studies moral development through the lifespan with a particular focus on early life effects on the neurobiology underpinning moral functioning. Darcia is an editor of Contexts for Young Child Flourishing: Evolution, Family, and Society. She gives her thanks to Templeton Religion Trust for their support to the Self, Motivation and Virtue project.