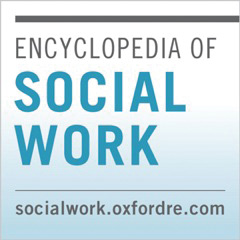 Using a social justice lens helps organizations to reframe issues generally viewed as individual in origin to include broader social, political, economic, and cultural understandings. In the following excerpt from the Encyclopedia of Social Work, Janet L. Finn and Maxine Jacobson explore the meanings and principles of social justice—a term which at times can be rather elusive and unclear in its applications.

How do those individuals, whose work is centrally guided by the values of social justice, think about the concept? How does Western philosophy and political theory influence our understandings of social justice?

The meanings of social justice are far reaching and ambiguous; translation into concrete practice is fraught with challenges. Social justice is a contextually bound and historically driven concept. Political theorists, philosophers, and social workers alike have explored what it means to be in the “right relationship” between and among persons, communities, states, and nations. As researcher Patrick McCormick has said, “There is not even agreement about whether liberty, equality, solidarity or the common good is the primary cornerstone on which the edifice of justice is to be constructed.”

Understandings of social justice in US social work are largely derived from Western philosophy and political theory and Judeo-Christian religious tradition. Conceptions of justice are abstract ideals that overlap with beliefs about what is right, good, desirable, and moral. Notions of social justice generally embrace values such as the equal worth of all citizens, their equal right to meet their basic needs, the need to spread opportunity and life chances as widely as possible, and finally, the requirement that we reduce and, where possible, eliminate unjustified inequalities. As Caputo (2002) remarks, the concept of social justice invoked by social work has largely been one steeped in liberalism, which may serve to maintain the status quo. However, Caputo also contends that social justice remains relevant as a value and goal of social work.

Some students of social justice consider its meaning in terms of the tensions between individual liberty and common social good, arguing that social justice is promoted to the degree that we can promote collective good without infringing upon basic individual freedoms. Some argue that social justice reflects a concept of fairness in the assignment of fundamental rights and duties, economic opportunities, and social conditions.

“Some argue that social justice reflects a concept of fairness in the assignment of fundamental rights and duties, economic opportunities, and social conditions.”

Others frame the concept in terms of three components—legal justice, which is concerned with what people owe society; commutative justice, which addresses what people owe each other; and distributive justice, or what society owes the person. From a distributive perspective, the one most often referenced by social workers, social justice entails not only approaches to societal choices regarding the distribution of goods and resources, but also consideration of the structuring of societal institutions to guarantee human rights and dignity and ensure opportunities for free and meaningful social participation.

Discussions of social justice in the context of social work generally address the differing philosophical approaches used to inform societal decisions about the distribution or allocation of resources. These discussions refer to three dominant theories of resource distribution: Utilitarian, libertarian, and egalitarian.

Utilitarian theories emphasize actions that bring about the greatest good and least harm for the greatest number. From this perspective, individual rights can be infringed upon if doing so helps meet the interests and needs of the majority.

Libertarian theories reject obligations for equal and equitable distribution of resources, contending instead that each individual is entitled to any and all resources that he or she has legally acquired. They emphasize individual autonomy and the fundamental right to choose; they seek to protect individual freedom from encroachment by others. Proponents support minimal state responsibility for protecting the security of individuals pursuing their own separate interests.

Egalitarian theories contend that every member of society should be guaranteed the same rights, opportunities, and access to goods and resources. From this theoretical perspective the redistribution of societal resources should be to the advantage of the most vulnerable members of society. Thus, redistribution is a moral imperative to ensure that unmet needs are redressed (Rawls, 1971). However, as researcher Elisabeth Reichert notes, the idea of social justice, expressed variously in these theories, remains elusive, especially in terms of concrete applicability to practice.

A number of social workers concerned about questions of social justice have turned to the work of the political philosopher John Rawls, whose theory of justice is grounded in the egalitarian approach addressed above.

Drawing from liberal thought, Rawls critiqued utilitarian and libertarian conceptualizations of social justice for their justification of personal hardships in lieu of a greater common good. Rawls’ theory asks, what would be the characteristics of a just society in which basic human needs are met, unnecessary stress is reduced, the competence of each person is maximized, and threats to well-being are minimized? For Rawls, distributive justice denotes “the value of each person getting a fair share of the benefits and burdens resulting from social cooperation,” both in terms of material goods and services and also in terms of nonmaterial social goods, such as opportunity and power.

In Justice as Fairness: A Restatement, Rawls provides two basic principles of social justice, modified from his earlier work:

Jerome Wakefield (1988) argues that Rawls’ notion of distributive justice is the organizing value of social work. He proposes that a Rawlsian perspective helps social work integrate its micro and macro practice divide and that it contains “the power to make sense of the social work profession and its disparate activities.” Michael Reisch draws on Rawls’ principle of “redress,” that is, to compensate for inequalities and to shift the balance of contingencies in the direction of equality. He argues that a social justice framework for social work and social welfare policy would “hold the most vulnerable populations harmless in the distribution of societal resources, particularly when those resources are finite. Unequal distribution of resources would be justified only if it served to advance the least advantaged groups in the community” (Reisch, 1998).

Featured image credit: “‘Equal rights for all, special privileges for none’ Thomas Jefferson” by Kate Ter Haar. CC BY 2.0 via Flickr.

Janet L. Finn and Maxine Jacobson are co-authors of the article "Social Justice" in the Encyclopedia of Social Work.

The trouble with how we talk about climate change