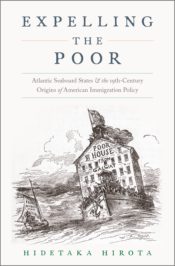 Hidetaka Hirota is Visiting Assistant Professor of History at the City University of New York-City College. His major area of research and teaching is the history of American immigration, political economy, and social welfare. He is the author of Expelling the Poor: Atlantic Seaboard States and the Nineteenth-Century Origins of American Immigration Policy. His works have appeared in the Journal of American History and the Journal of American Ethnic History. His current projects include a study of foreign contract labor in American immigration history and a synthetic history of American nativism from the American Revolution to the present.